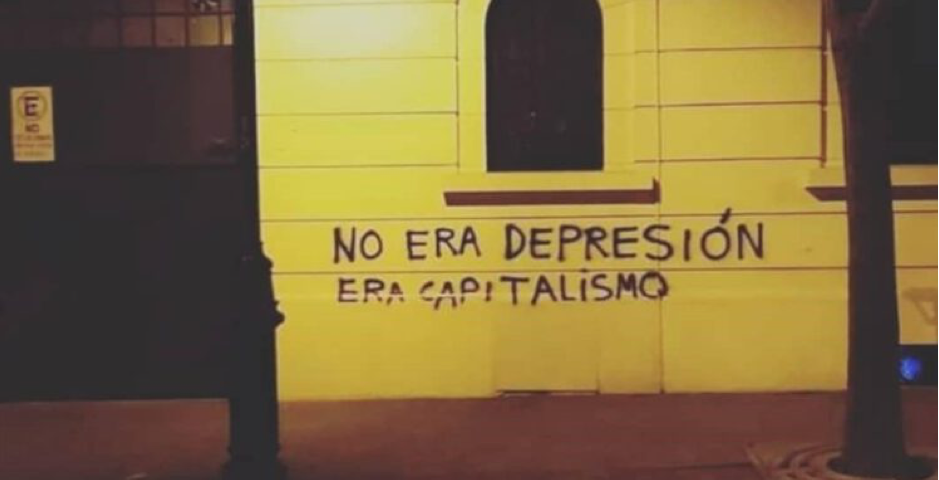 The federal budget announced in April included a commitment to provide nearly $1 billion in additional government funding for mental health. This increase is welcome, particularly since the COVID-19 pandemic has exacerbated existing mental health challenges for many people.

As economic and social conditions deteriorate, anxiety and depression are increasing. In a country-wide survey conducted in September 2020 by the Canadian Mental Health Association and the University of British Columbia, 71 percent of participants reported mental health concerns and 40 percent said their mental health had declined since the start of the pandemic.

Mental illness is usually attributed to two major biological and interpersonal factors: chemical imbalance in the brain and childhood or other traumas. But limiting the discourse on mental health in this way tends to justify the capitalist status quo – individuals bear the stigma of being “ill” and ultimately take on the responsibility for fixing the problems that contributed to their illness.

What is missing is a broader discussion about the impact that capitalist society has on mental health.

The damaging effects of capitalism are on full display in the mental health of those who live in its clutch. Institutionalized alienation deprives people of joy and pleasure from everyday life, forcing them into a relentless pursuit of material goods at the expense of other more important social experiences. Intense competition and individualism undermine heart-to-heart human connections. The constant pressure of finding and maintaining employment, coupled with a lack of social support, creates tremendous mental stress. Uncertainty and emptiness in work and personal life generate fear, anxiety, despair and loneliness which can dominate a person’s entire life and are very difficult to deal with at the level of the individual.

Karl Marx stated that capitalism has drowned everything valuable “in the icy water of egotistical calculation. It has resolved personal worth into exchange value… In one word, for exploitation, veiled by religious and political illusions, it has substituted naked, shameless, direct, brutal exploitation.”

This is a significant contributing factor to the disproportionately high rates of mental illness in all advanced capitalist countries.

In any society, the dominant ideology is that of the dominant class. In a social system like capitalism, in which the ruling class represents a minority of the population, these ideologies are a mechanism of social control. They are often disguised as accurate descriptions of various social phenomena, but deliberately distort social reality to prevent the majority of the population from correctly understanding the nature of their society or the real-life problems they encounter.

The Western ruling class has a long history of demonizing oppressed people by labelling them “mentally ill,” with understandable reactions to severe political oppression often categorized as symptoms of mental disturbance. The 19th century American physician Samuel A. Cartwright described enslaved African Americans as “sulky and dissatisfied without cause” and identified “an uncontrollable or insane impulsion to wander” as the cause for slaves to flee captivity. Cartwright invented the diagnoses of “drapetomania” and “dysaesthesia aethiopica” to advance his racist pseudoscience. Similar conjectural approaches were used to justify the diagnosis of “hysteria” among women in the 18th and 19th centuries, a misogynist notion that defined a new medical speciality and which has had a lasting negative effect on the medical approach to women’s health.

Many Western scholars have used cross-cultural and inter-disciplinary studies to challenge the dubious mainstream interpretation of mental health. Sigmund Freud, the founder of psychoanalysis, never focused solely on the physical elements of mental illness and instead recognized its cultural and social aspects. (Unfortunately, it must be said, Freud also contributed to the continuation and expansion of the “hysteria” diagnosis.) He proposed that modern Western civilization is the largest contributor to human unhappiness, suggesting in Civilization and Its Discontents that people experience neurosis because they cannot tolerate the frustration which society imposes on them in the service of its cultural ideals. Michel Foucault summarized it as such: “madness is not a natural phenomenon, but a product of civilization.”

Prominent scholars from the Frankfurt School also offered Marxist critiques of the social problems created by capitalism in Western society. Researching the social causes of mental illnesses, they argued that individuals cannot maintain psychological wellbeing in a society which condemns them to be instruments of economic exploitation and political oppression. Social psychologist Erich Fromm wrote in The Sane Society that “many psychiatrists and psychologists refuse to entertain the idea that society as a whole may be lacking in sanity. They hold that the problem of mental health in a society is only that of the number of ‘unadjusted’ individuals and not of a possible unadjustment of the culture itself.”

In all likelihood, the majority of mental health professionals are, on some level, aware of this reality but forces greater than them are making it impossible for anyone at the level of the individual practitioner to do much about it.

Even though mental illness is a matter of fact for many people around the world and during different historical eras, it was not widespread before industrialization. It has been observed that the number of people with mental illness in England grew enormously with the development of capitalism which was later proved to be brutally detrimental to mental health. Researchers at the University of Cambridge published a study in 2017 which concluded that the detrimental effects of Britain’s Industrial Revolution on mental health were so profound that the resulting ‘psychological scars’ have been reproduced for generations – a type of intergenerational mental health trauma.

As such, mental illness in capitalist society is much more than a physical flaw or personal misfortune but more of a noticeable systematic failure to meet the basic emotional and material needs of the people.

The current mainstream definition and treatment of mental illness is a discourse a discourse dominated by formulations which the capitalist class promotes for political and profit-making purposes. So, to prevent the working class from recognizing the true source of their misery and from taking political action toward eliminating it, the bourgeois propaganda machine resorts to the medicalization of emotional sufferings which are caused by typical life experiences in capitalist society. Consider for example the massive propaganda machinery that Big Pharma uses to promote the widespread use of anti-depressants as treatment for a vast range of symptoms, many of which likely arise from lived experience under capitalism rather than chemical imbalances.

This is not to argue that mental health is not real or that treatments, including pharmaceutical ones, are bad. Rather, it is to point out that there is a notable degree of ideological manipulation at play when we are told that a huge percentage of the population is mentally ill. (The constantly repeated statistic, first published by the Mental Health Commission of Canada, is that 1 in 5 people experience mental illness in any given year, and that 1 in 2 will experience mental illness in their lifetime.) Bluntly, the punitive and derogatory usage of the label “mental illness” is to establish the economic, social, cultural and political dominance of a ruling class which greatly benefits from the capitalist system at the expense of the working majority.

As economic, social and political crises deepen in the capitalist world, mental health in these societies will also deteriorate, further demonstrating the correlation between social conditions and mental illness. It should also prompt more people to conclude that capitalism is the root cause of the mental health epidemic and that it must be replaced with socialism.

Photo: “It wasn’t depression, it was capitalism”