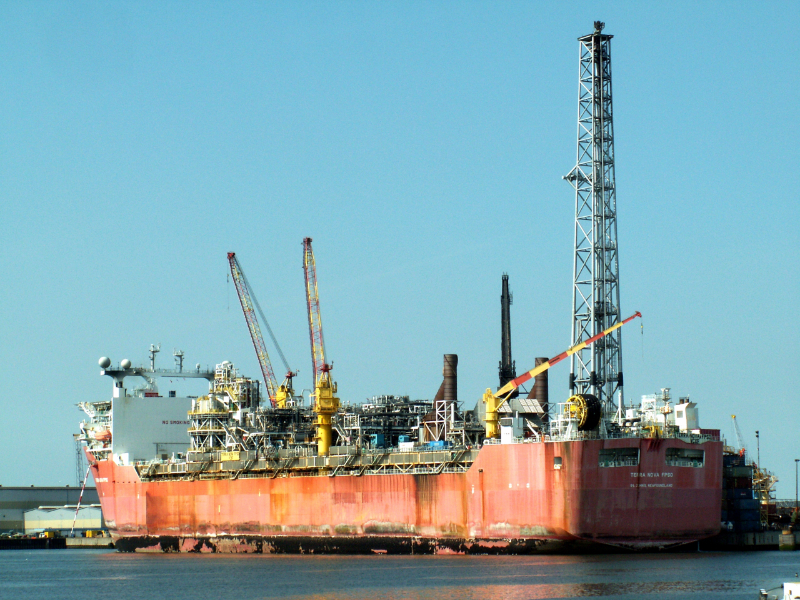 The well-being of Newfoundland and Labrador energy workers has been thrown into jeopardy, following the recent collapse, then revival, of government-corporate talks to bail out the Terra Nova offshore oilfield.

These workers and their communities are deserving of support and solidarity – they have been hung out to dry by energy companies and governments alike. As the Communist Party’s Sally and Chuck Davis Club in NL points out, “their livelihoods were endangered by successive governments’ refusal to plan for their futures. Despite decades of warnings that the oil industry is dying, there is still no provincial transition plan to retrain these workers into good green jobs at equivalent wages. And the clock is about to run out.”

The Communist Party’s People’s Energy Plan includes a comprehensive green energy transition with state-sponsored retraining of oil and gas workers into new jobs without loss of income. The plan also requires job guarantees for energy workers, creation of a robust green energy sector, nationalization of energy sectors and grids, and closure of polluting industries such as the offshore oil fields. The Communist Party also calls for Employment Insurance reform to, among other improvements, provide EI at 90 percent of earnings for the full duration of unemployment.

Over 1,000 jobs and 21 percent of provincial GDP are tied to the oil fields. The Sally and Chuck Davis Club says this shows the degree to which “the government has placed all its eggs into a collapsing oil and gas basket.” The club points out that the collapse has been apparent to energy transnationals: “Exxon, Equinor, Mosbacher and Chevron have all abandoned their 40 percent stake in NL oil fields, leaving only Suncor and Husky.”

To make up for the departure of those corporations, Suncor proposed a 15 percent provincial public equity stake in Terra Nova. The province declined and instead provided Suncor with $500 million in public money, with no strings attached. The NL communists say that “even by capitalist logic this is a bad investment, as oil prices continue to fall, and the extraction infrastructure requires $500 million in maintenance before even returning to operation.” The club calls this upfront cost “barely recoverable given 85 percent of the oil fields are depleted, with the remaining 80 million barrels insufficient to cover expenses.”

It’s a move that is reminiscent of the federal government’s purchase of the Trans Mountain pipeline, at over five times the value of its assets. “Suncor will benefit to the tune of $350 million while our province gives away future royalty revenues, throwing considerable public money at a failing industry… Newfoundland and Labrador has received so little from decades of massive handouts as oil companies profited off the backs of workers and the ‘generosity’ of the public purse.”

The Communist Party calls for full public ownership of the energy sector, but also notes that nationalization of these energy assets must come with a green transition plan that includes full support for affected workers and communities. As the Sally and Chuck Davis Club states, “these workers only cling to petroleum jobs because the government has left them on that platform without a lifeboat; there is nowhere else for them to work without a transition plan or care for our people, except as a means to profit… Any calls to continue oilfield jobs long-term only doom those same energy workers by delaying the inevitable.”

While empathizing and standing in solidarity with unionized energy sector workers, the club is critical of unions it says have been “short-sighted.” It calls on labour to “put a just transition on the bargaining table, and now.”

NL communists argue that a People’s Energy Plan for NL must include establishing a comprehensive five-year energy transition plan, commencing green energy job retraining for affected workers, investing in publicly owned tidal and wind energy, and adopting “closure legislation” to place strict parameters around decommissioning. The club says that workers must also demand full transparency from companies on decommissioning costs, an end to royalty clawback loopholes and handouts to oil companies, and that all oil revenues be dedicated towards immediate.

“Ignoring this impending future decommissioning liability is irresponsible and endangers every person in NL. The writing is on the wall that NL must end its addiction to petroleum industries and diversify its energy sector to avail of abundant sustainable options. A better energy sector is not only possible right now – it is absolutely vital for our survival.”