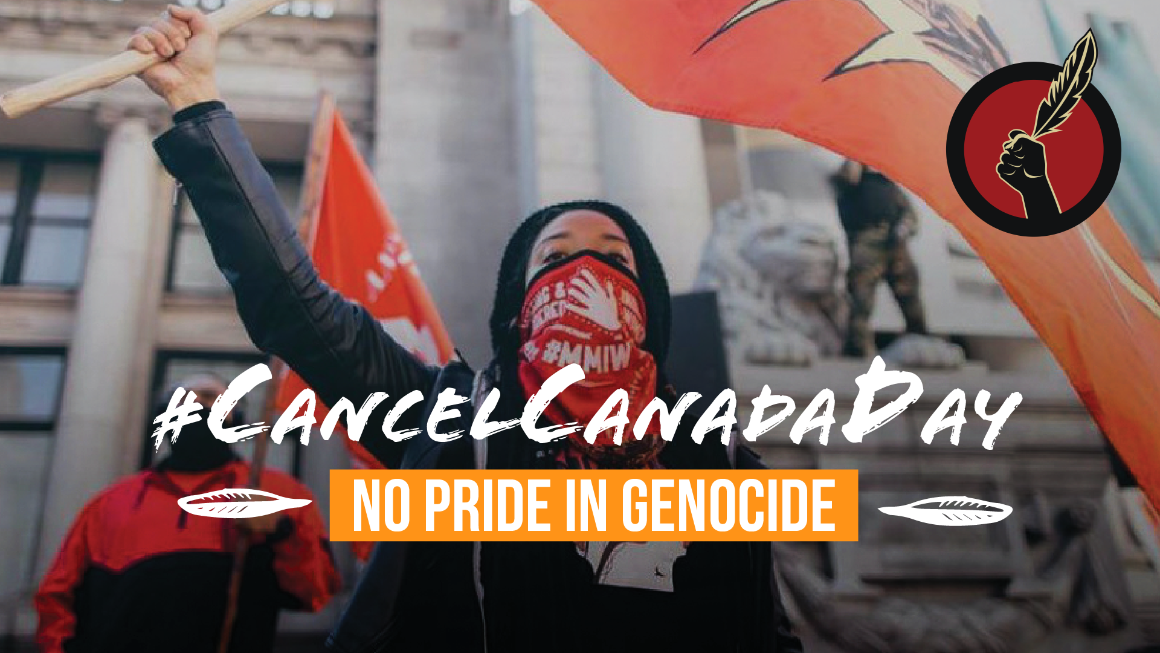 The discovery of the remains of 215 First Nation children in unmarked graves at a residential school site in the Tk’emlúps te Secwépemc territory has prompted increased calls for action on decolonization. As the July 1 holiday approaches, Idle No More is encouraging protests to disrupt Canada Day celebrations and challenge Canada’s ongoing colonialism.

“The recent discovery at Kamloops residential school has reminded us that Canada remains a country that has built its foundation on the erasure and genocide of Indigenous nations, including children,” the movement said in a June 5 statement. “We refuse to sit idle while Canada’s violent history is celebrated. We are once again calling on Indigenous land, water and sky protectors and allies to come together and disrupt the celebration. #CancelCanadaDay.”

Idle No More is asking individuals and groups to organize and support actions such as banner drops, sit ins, round dances, service disruptions, ceremonies, land defence camps, marches and rallies, on any traditional Indigenous territory on July 1. The movement stresses the importance centring Indigenous leadership in organizing efforts, including by supporting activities that are already being planned by Indigenous people.

“We will not celebrate the ongoing genocide within Canada against Indigenous people. Instead, we will gather to honour all of the lives lost to the Canadian state, including the many lives lost to residential schools. We will use our voices to support MMIWG2S, and to end land extraction and devastation, child welfare, birth alerts, forced sterilization, Police/RCMP brutality and all of the injustices that the settler-state has normalized on these lands.”

Protesters are encouraged to include orange shirts in actions, if appropriate, and are requested to adhere to COVID-19 precautions.