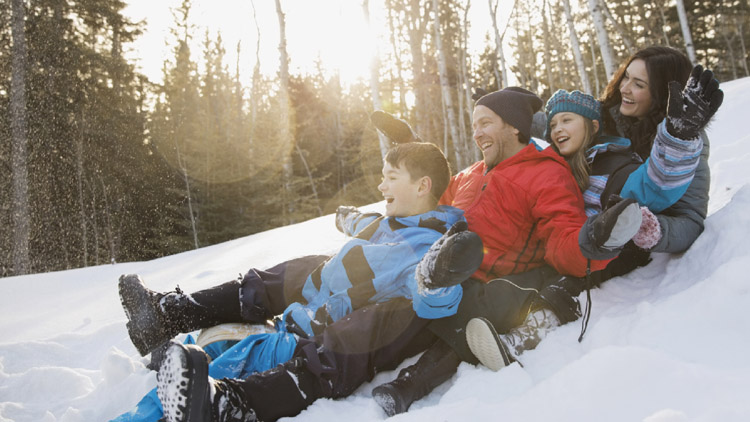 To market its new budget, released on February 25, Alberta’s United Conservative government chose the image of a family flying down a hill on a toboggan. It’s an eerily appropriate choice – with its massive drop in healthcare workers’ wages, huge decline in education spending and plummeting funding for municipalities, the budget guarantees working people a swift downhill ride to austerity and privatization.

The Kenney government is budgeting $20 billion over three years to subsidize construction, including new hospitals. This is beyond ironic, since the budget targets healthcare workers for 1.2 billion in wage cuts. Since the projection is to add 7,000 healthcare jobs, this can only mean that healthcare in general is targeted to become a low-wage sector. After picking a fight with the province’s doctors over the past two years, resulting in significant loss of services in some smaller centres, this budget only ensures continuing resentment and an ongoing shortage of doctors by retaining the cap their pay.

While K-12 education funding is slated to rise by $26 million over three years, the amount actually going to school boards and schools will drop by $26 million. Money specifically for instruction of students from pre-kindergarten to Grade 12 will drop by $117 million, or 1.7 percent, even as inflation and population are expected to increase.

Where does the projected increase in education funding go? To private schools, of course.

Alberta Teachers’ Association President Jason Schilling said, “We are concerned that budget documents show $27 million less in expenditures on instruction in Budget 2021, while private schools see an increase of $20 million in funding. Next year public education will continue to experience cost pressures as enrollment is expected to grow again, new curriculum will be piloted and COVID will still be impacting classrooms, but we’re not sure the funding will be there to support these challenges.”

The budget will devastate post-secondary education, delivering an $82 million cut on top of the deep reductions in the previous budget. Even more sinister, the provincial government plans to impose “a performance based funding model” on all post-secondary institutions that receive funding. This move directly threatens independent scholarship, long-term research or any kind of education that is not technical job training.

The budget promises municipalities $1.2 billion in funding through the Municipal Sustainability Initiative (MSI), which is directed towards local infrastructure like roadways and bridges, water and wastewater systems, public transit and recreation and sports facilities. The UCP claims this funding is $200 million more than last year and will protect the economy from job losses during the pandemic.

However, following this one-time funding injection, the total funding to municipalities will drop by 44 percent, and municipalities across the province will share just $485 million for 2022 and 2023. The single year increase combined with cuts thereafter means that no long-term infrastructure improvements can be planned. This effectively off-loading significant service cuts or tax increases, or both, onto municipalities.

The UCP’s economic projections continue to be based on passively hoping that oil prices and oil production will go up. The budget makes only the paltriest sums available for the smallest scale research and development by small business. The government’s response to US President Biden’s cancellation of the Keystone XL pipeline is a combination of pretending it didn’t happen and considering spending even more money on taking it to court.

This narrow economic vision, rooted in support for oil monopolies, is related to the UCP’s attack on the public sector. As Alberta Federation of Labour President Gil McGowan said, “I don’t think it’s a coincidence that while Kenney wants to cut $1.3 billion from public-sector wages, his failed Keystone XL Pipeline boondoggle will cost Alberta about $1.3 billion, on top of the failed corporate tax costing us billions without creating a single job. Public sector workers can be forgiven if they think that the Kenney government is making them pay for his failed corporate-welfare experiments.”

The budget is the latest indication – in a very long line – that working people have nothing to gain from the Kenney government. “Think of anything that might make life better for working people in the long run or help them immediately in the pandemic-recession crisis gripping Alberta,” said provincial Communist Party leader Naomi Rankin, “and you can be confident the budget released February 25 will do the opposite.”

Alberta workers must mobilize to defeat this budget and the United Conservatives.