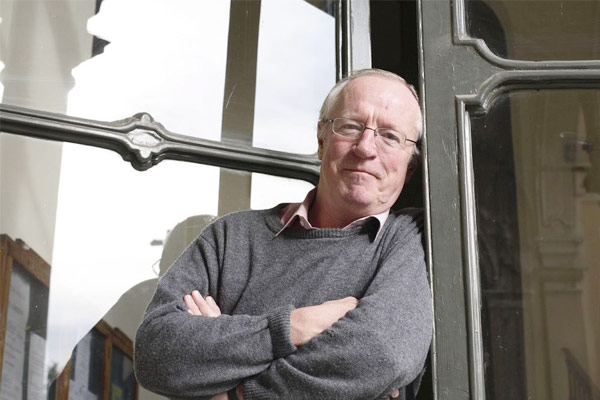 I first read Robert Fisk’s Pity the Nation in the summer of 2017. I read it while working an unsurprisingly drab office job, the demands of which were so tedious that I often waited giddily at my desk for the next fifteen-minute break – the next opportunity to dive into the vibrant, feverish pages of Fisk’s Lebanon reports. Long, interminable spells of clerical drudgery were interrupted by vigorous descriptions of desert clashes that roared with shock and adrenaline, by vivid encounters with region-defining figures like Yasser Arafat and Bachir Gemayel, and by brutal, honest analyses of the “total failure of the human spirit” that is war. The prose was enrapturing, and I was particularly stunned by how effortlessly it blended harrowing personal accounts with accessible explications on huge swaths of history and recent events.

The words awoke in me a wide-ranging curiosity that had lain dormant until the moment I peeled back the front cover of that tome. As the summer stretched on, I found myself lingering in the breakroom for an extra two, five, ten minutes, not wanting to extract myself from the rich, pulsing prose and return to the monotony of the desk. It was the most learned, honest, angry journalism I’d ever read.

Calling Fisk a “journalist” feels woefully reductive. He understood, more than any other journalist I’ve read, that the most important tool in the kit of a correspondent is historical knowledge. During a 2006 interview with Harry Kreisler, he gave a piece of advice that has stuck with me: “Be fascinated, and always carry history books in your back pocket.” At the same time, Fisk knew the narrative power of the personal, and his books represent a stirring syncretism of these two seemingly contradictory approaches. His intimate and scholarly approach to war reporting made his writing unique – as did the frequent inclusion of poetic and literary epigraphs, which emphasized his belief in the edification offered by all forms of reading.

Many greater voices than mine have pointed out Fisk’s immense contributions to the world of journalism, in particular his brave report on the Sabra and Chatila massacre of 1982 and his breaking with the Western consensus on the Douma chemical attack. For my part, I want to draw attention to the simpler, more didactic aspects of his writing and philosophy. Fisk was aware that the personal cannot be separated from the historical or the political. The personal is historical – the personal is political. We all comprise, in Gramsci’s words, an “infinity of traces” left by historical processes over which we had no control, and which we struggle every day to comprehend. Fisk knew that, by unravelling the history of the world, we are also unravelling the history of ourselves, and that it would be pure arrogance to think one can detach oneself from the events they’re describing.

Fisk was a phenomenal writer, and an especially important voice for truth and humanity in an era when so many established media outlets are morally bankrupt (or just plain staid), and so many journalists are more interested in their own wellbeing than that of their subjects. Any further description of the man would needlessly prolong this encomium, so I’ll wrap up with a few words from Fisk himself on the nature of journalism.

From the Kreisler interview: “You’ve got to be able to write with passion and you’ve got to have the freedom to write angrily…” And a common maxim of his, a guiding force behind all his writings: “Reporters should be neutral and unbiased on the side of those who suffer.”

Understand the world and yourself, write with ferocity and love those who suffer while you have the time and comfort to read these words. Those are my major takeaways from the life and work of Robert Fisk. I will always be grateful that his writings reached me in that bleak office breakroom and set me on the path toward a more fascinated life.