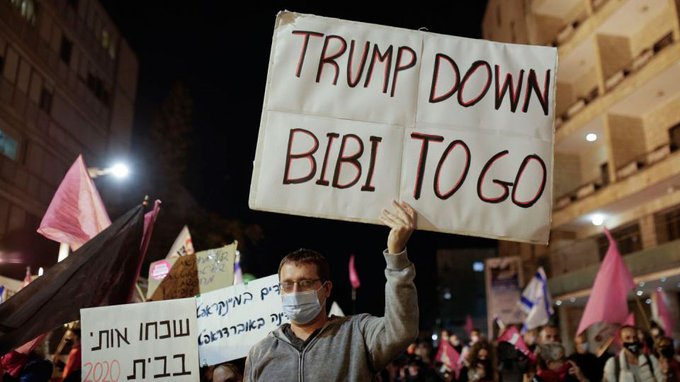 Canadian communists warn that battle is far from over

The defeat of Donald Trump in the US presidential election is an important victory for the progressive and democratic forces in the US who worked tirelessly over the past four years to expose and build broad opposition to the racist, misogynist, reactionary and pro-fascist agenda of the Trump administration.

Trump’s defeat is a victory for all those opposing the drive to authoritarianism, reaction, war and fascism in the US, though the battle is far from over and the new administration continue to be the agents and stewards of the most powerful and violent imperialist power on earth.

President-elect Biden, like all US Presidents before him, represents the interests of Big Business, the transnational corporations and the military-industrial complex, and his job is to protect and expand US corporate profits and US imperialism. Wall Street supports Biden because he is predictable, accountable and dependable, and will work to restore stability at home and US imperialism’s influence, authority and trade globally.

Working people who expect more from the new government will be disappointed. For the working class, the unemployed, farmers, women and youth who have been the victims of Republican and Democratic Party policies over decades, there will be little relief and no fundamental change. For that, they will need a working class party that will fight for their interests and for working class power.

In the meantime, the new administration will be met with gridlock in the Senate, if the Republicans retain control, and in the House of Representatives where Republicans have gained seats at the Democrats’ expense. Further, it’s evident that Trump has no intention of conceding defeat and will work to tie up the new administration in legal wrangles as long as possible, and sabotage any progressive policy initiatives, including on COVID. The struggle against Trump, his far-right political machine and his millions of misguided supporters is far from over.

The Trump administration – reflecting the interests of the energy and resource sectors, the police and National Rifle Association, sections of Wall Street and the big banks – represents the most reactionary, most chauvinistic and most violent elements of finance capital in the US.   Trump’s ongoing campaign to subvert the election and overturn the election results is an indication of just how far his authoritarian administration is prepared to go to hold onto power.

As we noted four years ago, Trump is the de facto head of a fascist movement in the US. His defeat is a significant setback for the most extreme, racist, chauvinist and misogynist elements in the US. However, these far-right and fascist elements remain a critical force and threat in the US, and to peace and stability around the world.

The threat of fascism, reaction and war is not limited to the US, and is a growing danger in Europe, Latin America, India and Asia, where far-right governments and movements are growing. Canada too, has seen a rise in right-wing populism and reaction, and the growth of fascist, white supremacist, Islamophobic, anti-Semitic, and misogynist and anti-2/sLGBTiQ hate groups and movements, some of which have links to the Conservative Party.

Fascists like Steve Bannon are working hard to unite these national movements into a global force that can crush the socialist states, national liberation movements, and the labour and people’s movements in the capitalist countries. The growth of reaction and fascism is a reflection of capitalism’s decline and decay and its inability to maintain power without force. It is capitalism’s worried response to the growing interest in socialism as the antidote to capitalist war, environmental catastrophe, mass unemployment and impoverishments, and social and economic degradation.

Increasingly, the choice before humanity is socialism or barbarism.

This makes the work of building a democratic, anti-monopoly, anti-imperialist coalition in Canada – and internationally – urgent. Such as coalition of forces can curb corporate power and bring about fundamental change that can open the door to socialism.