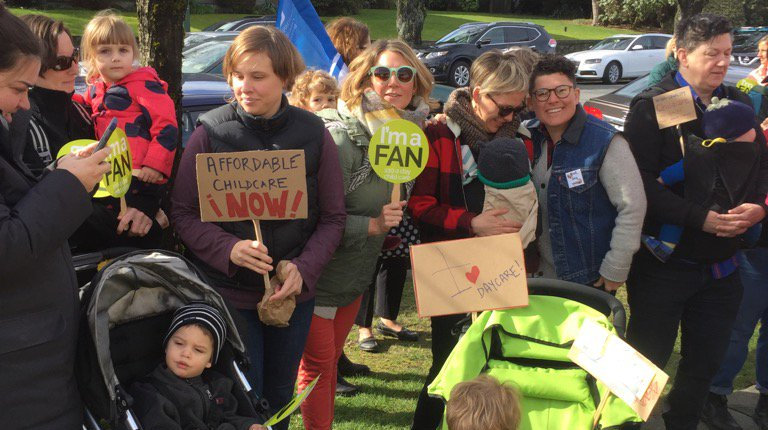 After a short BC election campaign ended on October 24, John Horgan’s NDP is ready to form a strong majority government in the next legislature. The right-wing corporate Liberals under Andrew Wilkinson suffered a major defeat, while the Green Party will likely still have three MLAs. The final numbers will remain uncertain until mid-November, when all mail-in ballots are counted, but the NDP appeared to have about a 55-30 edge after making major inroads into the Liberal stronghold in the Fraser Valley.

Horgan called the snap election on September 21, claiming that the COVID crisis and instability in the legislature forced him to go earlier than the fixed date election scheduled for October 2021. While the public mood was that the early election was unnecessary, many voters were willing to give Horgan a pass, since British Columbia has so far escaped the worst impacts of the pandemic.

However, this meant that new rules for counting mail-in ballots were not in place. That would have meant little during an ordinary election – these totalled just 6,000 in 2017.

But this year, about half-a-million mail-in votes (an average of over 5,000 per riding) will not be counted until a full two weeks after October 24. Opinion polling during the campaign indicated that a higher proportion of NDP and Green supporters voted by mail, but relatively fewer Liberals. If that holds true, election night leads for Liberals in a few ridings could disappear when mail-in votes are finally added to the totals.

Despite this confusion, the results prove that working people in large parts of British Columbia – especially Metro Vancouver, Vancouver Island and the North Coast ridings – have not forgotten the viciously anti-working class record of the Campbell/Clark Liberals. As a long-time Liberal cabinet minister, Wilkinson is a reminder of the worst aspects of that 16-year period, despite his efforts to ignore everything that happened before 2017. The campaign also saw frequent eruptions of misogyny, sexism, bigotry and fundamentalist dogmas within the Liberal caucus and candidates. While the Liberals tried to focus on the economy, their own reactionary views often became the news story.

Horgan aimed to take advantage of the recent Green Party leadership race, after ex-Green leader and outgoing MLA Andrew Weaver abandoned his party to support the NDP. Despite taking over just a week before Horgan’s surprise, the new Green leader, Sonia Furstenau, held her Cowichan Valley seat. The Greens had candidates in just 74 of 87 ridings, due to the obstacles of an 11-day nomination period. But most non-partisan observers credited Furstenau with the strongest performance in the televised leaders’ debate, and her party often captured the more progressive ground on important issues.

Premier Horgan’s strategy was to take credit for some positive changes achieved during three years of NDP-Green cooperation in the legislature, while simultaneously painting the Greens as unreliable partners. On some important issues – expanded social program spending, higher minimum wage, scrapping MSP premiums, some action on housing and the drug overdose crisis – the NDP record was a welcome contrast to the Liberals. But grassroots activists who led the struggles for these demands were frequently frustrated at the incremental pace of change.

The $10/Day childcare campaign, for example, constantly reminded the NDP that ten years is far too long to roll out this important program. Many popular movements remain dismayed that the NDP refuses to roll back the multi-billion dollar tax cuts which Gordon Campbell gave to the corporate sector and upper-income earners nearly two decades ago. Not least, the NDP’s support for fossil fuel extraction and export projects, and for the Site C dam, remain deeply unpopular among progressive-minded British Columbians, including some NDP members.

In this setting, the Communist Party of BC campaign resonated with many voters in the five ridings where Communists were on the ballot. One of the party’s slogans, “yes, you can vote for a socialist in this riding,” appealed to people with anti-capitalist and radical sentiments. (The BC Ecosocialist party had planned to run a large slate, only to implode after interim leader Stuart Parker was compelled to resign for making transphobic statements on social media).

The Communist Party of BC campaign was highlighted by a lively webinar in which candidates fielded questions from community activists, and a highly-professional video prepared by volunteers. (See www.cpcbc.ca for more details.)

Because of the mail-vote problem, the number of votes for the Communists won’t be known for some time, but on election night, they received from 0.5 percent up to 1.5 percent in the riding of Surrey-Whalley, the highest percentage for the party in recent decades. More significant, the positive response to the CP-BC campaign proves that support for socialist alternatives is growing at a time of deepening capitalist crisis.

“Only the Communist Party ran on a platform of fundamental political and economic change, and our policies were quite popular,” CP-BC leader George Gidora said on election night. “Some people hoped that a big majority for the NDP would move politics to the left in British Columbia. But the reality is that the government may now be even less inclined to pay attention to the needs of the working class, or to shift away from support for the fossil fuel industry. In the new political terrain after this election, the labour, environmental and social movements cannot relax and wait for positive changes. We need to intensify our struggles around crucial demands.”

The Communist Party will hold its 43rd BC convention in late November, an opportunity for party clubs and delegates to begin a deeper analysis of the new political situation in the province.