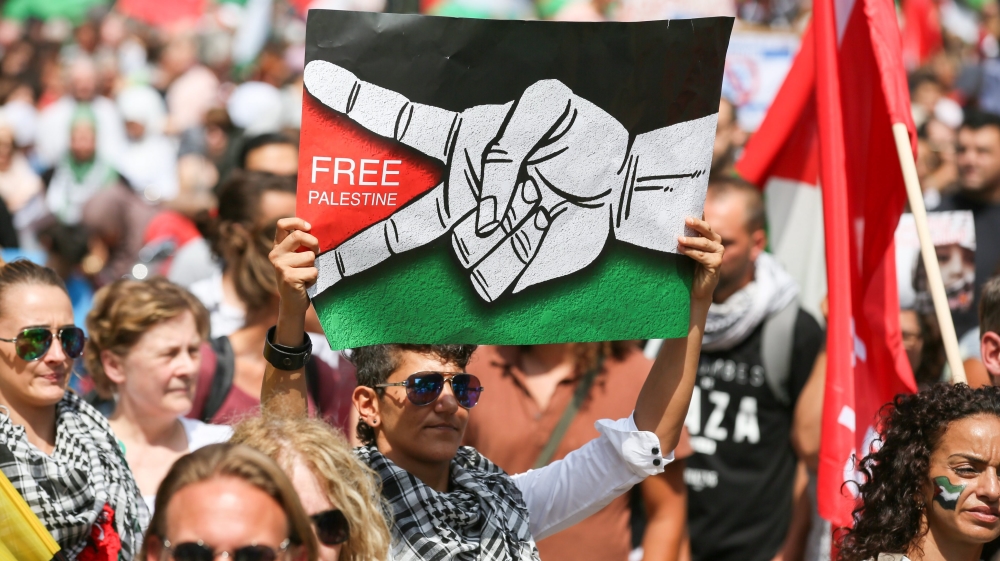 The recent agreements that both the United Arab Emirates and Bahrain have signed with Israel, establishing full diplomatic relations, are a boon to US President Donald Trump and Israeli Prime Minister Benjamin Netanyahu.

The two politicians desperately need some wind in their sails – Trump to revive his flagging re-election campaign, and Netanyahu to cover the stain corruption for which he is being legally pursued.

The mainstream corporate media has portrayed these agreements as peace accords that bring security, stability and prosperity to the signatory states and to the region as a whole. Canadian politicians and pundits gave themselves calluses tweeting out their congratulations. It all seems so lovely, especially during this time of global pandemic and economic chaos.

Except for one whopping problem.

The deals completely override the issue of Palestine, trampling the rights of the Palestinian people in an attempt to liquidate their just liberation struggle. The Iraqi Communist Party described the agreements as “another humiliating step in the humiliating process of normalization with the Israeli occupation.”

For decades, the majority of the Palestinian national liberation movement, as well as a majority of Arab countries, have held onto the principle of “land for peace” in their dealings with Israel. The principle also lies at the heart of UN resolutions, which have repeatedly affirmed the recognition of Palestinian people’s right to their land and obligated Israel to withdraw from the territories it occupied in 1967.

Instead of addressing what is one of, if not the central issue in the region – Israel’s brutal, genocidal occupation of Palestine – the Bahrain-UAE-Israel agreements recognize Israel’s right to the lands it has usurped. Furthermore, the right of return is relinquished for millions of Palestinians displaced by the occupation.

These agreements – which deny the Palestinian people’s basic rights, which fail to put an end to Israel’s occupation and which marginalize the centrality of the struggle for a Palestinian state – are nothing more than terms of surrender to the Trump-Netanyahu “Deal of the Century,” to US imperialist hegemony over the Middle East region through a new regional alliance led by Israel.

They will not bring peace, stability and prosperity to the region. By their very nature, they cannot.

The fawning approval from Canadian Foreign Minister François-Philippe Champagne is another disgraceful indication of this government’s further capitulation to US imperialism. It is another gauntlet thrown down in challenge to anyone in Canada who values peace, democracy, human rights and international solidarity.

This is a gauntlet that the labour and progressive movements must pick up. We need to redouble our efforts to build active solidarity with Palestine, including through the Boycott-Divestment-Sanctions movement. It means we need to confront and defeat the reactionary argument – echoed by the NDP and Green Party leaderships – that opposing Israeli apartheid is anti-Semitic.

Now is a time to intensify solidarity with Palestine, not to liquidate it.

Now is the moment to fight and defeat occupation, not to normalize it.