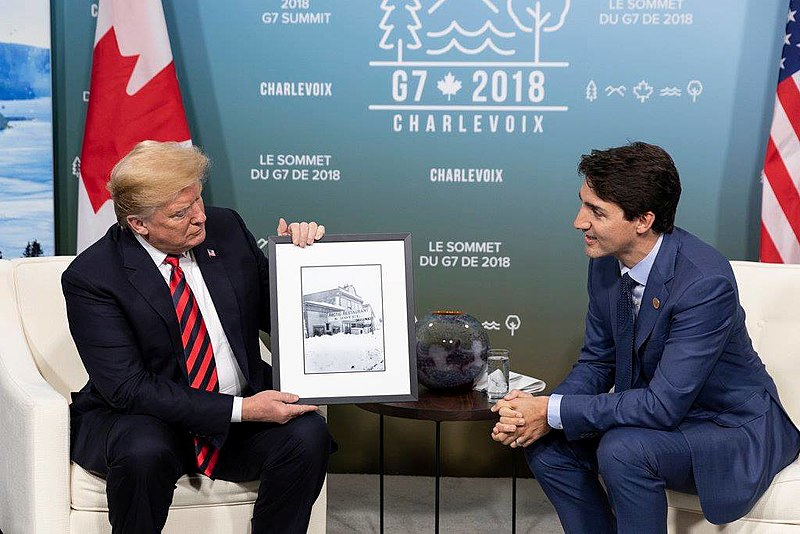 The biggest loser was Canada, in its competition with Ireland and Norway for two available seats in the Western European and Other States Group. A total of 128 votes were needed to secure a two-thirds majority. Norway received 130 votes while Ireland got 128. Canada received just 108 votes. All efforts by the Canadian officials, including multiple phone calls to other countries’ UN ambassadors, failed. This is the second loss, following one in 2010 under the Harper Conservative government.

In the next few days, we will read several analyses trying to ascertain why Canada lost what is considered a coveted position at the UN. Prime Minister Justin Trudeau has been campaigning for it since 2015. But, as this writer suggested before the vote took place, the result was not totally unexpected.

A very active campaign undertaken by Canadians, asking the international community and UN ambassadors to not vote for Canada and laying out several reasons, may have had a small role in the outcome.

Canada’s bid was filled with glaring contradictions and double standards. Ottawa professes to value the rule of law; however, it refuses to abide by the resolutions of the same body on which it aspires to sit. The Canadian government has refused to honour the 2016 UN Security Council Resolution 2334, calling on member states to “distinguish, in their relevant dealings, between the territory of the State of Israel and the territories occupied in 1967.” The resolution also urges “the intensification and acceleration of international and regional diplomatic efforts and support aimed at achieving, without delay a comprehensive, just and lasting peace in the Middle East on the basis of the relevant United Nations resolutions.” On the contrary, Ottawa has stated that it will act as an “asset for Israel” on the Council. Further, it has consistently voted against the right of the Palestinian people to self-determination, together with the US, Israel and a handful of other countries.

The Canadian government continues to promote its long-gone value as a “peacekeeping” country. But this is just rhetoric and wishful thinking. Canada’s political closeness to the war-prone US government, leading to interventions in other countries, is the more real image in the era of hybrid wars. The Trudeau government also signed off on a $14 billion light armoured vehicle (LAV) sale to Saudi Arabia that was negotiated by the previous Conservative government.

Canada is aligned to most US foreign military incursions by ideology and by deed, willingly providing its soft power in the guise of military and police training to countries with questionable records on human rights. In 2017-2018, the Canadian Directorate of Military Training and Cooperation delivered training to more than 1,500 candidates from 56 member countries across the globe. That may not be the offending part of its foreign policy, as several countries provide similar service, but doing so while stating that part of its mission is to “promote Canadian democratic principles, the rule of law, and the protection of human rights in the international arena” may well be seen as another contradiction.

Geopolitical reality reveals Canada’s policy incongruity and UN member states see through that pretentious presupposition. Canada’s silence about the military coup in Bolivia last November and its determination to force regime change in Venezuela against the legitimately elected government of Nicolas Maduro betray precisely a disregard for “democratic principles” and the “rule of law” in the international arena. The UN recognizes the Venezuelan ambassador appointed by the legitimate government of Venezuela.

Canada is not a peace-loving internationalist country. It has lost the appeal it may have held in the past and is criticized today for letting its mining corporations abuse the human rights and the environment in other, mostly African, countries.

At a time when the issue of racism has managed to take over the world media stage, replacing the COVID-19 pandemic, it has been suggested that the block of “black and brown countries” of Africa may have rejected Canada’s bid to the UNSC. When pressured to give his opinion on the anti-racism protests in the US at the beginning of June, Justin Trudeau avoided criticizing Trump’s administration.

The Canadian government’s loss on the international stage may be a victory for people in Canada. Usually the Canadian public doesn’t seem to care about foreign policy, which is never on the Top 10 list of voter priorities. Only people who regularly follow foreign policy would react to the news of a lost vote at the UN.

However, the campaign launched by Canadians questioning Canada’s bid to a UNSC seat shows that people here care about the country’s international image and the possible links to domestic policy. They are willing to speak up and in fact, a new campaign has already been launched calling on the prime minister “to fundamentally reassess Canadian foreign policy.” This in itself is a victory.