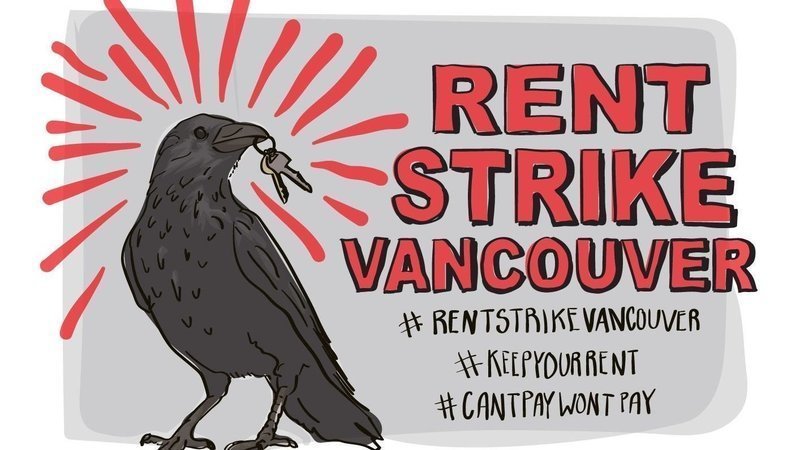 On June 24, the British Columbia government began phase three of reopening, allowing hotels, resorts and RV parks to resume operations. Also included in phase three is the resumption of tenant evictions by landlords.

During a pandemic and period of massive layoffs, the BC NDP government announced that “notices to end tenancy may resume effectively immediately.” They added, “the province is maintaining the moratorium on rent increases and evictions for non-payment of rent.” This means landlords can enforce existing evictions and evict tenants for renovations and personal use of suites.

This announcement comes after months of criticism of Horgan’s implementation of a $300 rental subsidy for single tenants and $500 for families whose income has been affected by COVID-19. Critics called it a “bailout for landlords” and have highlighted that it does not go nearly far enough in a market like Vancouver, where a 1-bedroom apartment rents for $2,200 on average.

This resumption of some evictions has emboldened landlords to increase rent, despite the continued ban. For example, thousands of tenants at Lougheed Village apartment complexes received notices of rent increase. Renters around the province are reporting on social media that they have received similar notices and increased harassment from their landlords.

In Greater Vancouver, landlords are commonly known to renovict and demovict long-term tenants so they can bring in new ones at a higher monthly rate. These are evictions that are supposed to be carried out to substantially renovate, repair or demolish a rental unit. However, according to the Residential Tenancy Board, “most renovations or repairs can be carried out without ending tenancies, and with only minor disruption to tenants.”

That hasn’t stopped 80,000 people in BC from being evicted in the last 5 years, according to StatsCan. While there are no statistics specifically on demovictions and renovictions alone, it is estimated they make up a large portion of this number, since housing activists have been fighting them all over the province for years.

Some examples include the high profile Metrotown demovictions, and the current Berkeley Tower dispute. In cases of renoviction, instead of substantial repairs units often get a couple coats of paint and some new cabinets and are put back on the market for hundreds of dollars per month more than previously. Most tenants targeted for these kinds of evictions are seniors who have spent decades in their communities and are paying affordable rates below market value.

The NDP government’s announcement shows their renewed support of landlords and developers, by ignoring the demands of advocates such as the Vancouver Tenants Union. Tenant demands include immediately extending the ban on evictions and rent increases, as well as canceling existing eviction notices and rent debt accrued before and during the pandemic. In the long term they aim to bring in real rent control protection by tying rent to the unit and not the tenant, as is done in other cities including New York.

Also, part of the announcement is the resumed ability for landlords to enter rental units and conduct showings without the consent of the tenant, who may be immuno-compromised. While it is mandated that they must keep physical distance and maintain COVID-19 health protocols, tenants have reported landlords making their living situations unsafe by ignoring such guidelines. Tenants have also reported harassment and threats for not being able to pay rent; in Vancouver, 25 percent of renters have not been able to make any or all of rental payments due to the economic crisis catalyzed by COVID-19.

The government’s statement comes just one week after the eviction of residents at Vancouver’s CRAB Park tent city, where 46 people were arrested and approximately 200 were displaced. The BC Supreme Court granted an injunction to the Port of Vancouver, near where the park is located. The Vancouver Police Department enforced it on June 16, amidst Black Lives Matter protestors who showed up in solidarity and called for defunding of the police.

The park had been a safe haven for some of the city’s homeless during the pandemic, with the community providing medical and food services. The majority of CRAB Park residents were Indigenous peoples, and none have been provided proper housing since displacement.

British Columbia has one of the least affordable rental markets in the world, with vacancy rates steadily remaining around 1 percent in Vancouver and Victoria. While there has been a tiny blip in the rental market from the effects of COVID-19 – due mostly to changes in Airbnb listings – there is still a net rise in rents expected for the year of 2020. Horgan’s most recent announcement shows he is eager for landlords to get back to the business of eviction, rather than protecting tenants in an unprecedented time of joblessness and economic collapse.