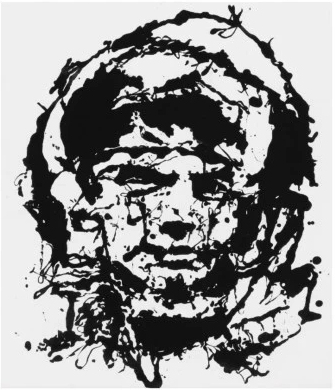 “Marxism-Leninism is outdated; it is a foreign ideology, it has no relevance to present day realities…”

This is the theme song of the puppets and defenders of imperialism, and unfortunately of quite a few who call themselves revolutionary.

Because of this deliberate distortion and genuine confusion, the need for propagating the principles of Marxism and the ideas of Lenin cannot be over-emphasized.

Those who prattle on about “Russian foreign ideology” should know that Marxism is not a lifeless dogma, not a completed, ready-made immutable doctrine, but a living guide to action. It is a science; it requires a concrete analysis of a concrete situation. Like all sciences, it grows and develops in accordance with changing conditions and times.

Lenin said, “We do not regard Marx’s theory as something completed and inviolable; on the contrary, we are convinced that it has only laid the foundation stone of the science which socialists must develop in all directions if they wish to keep pace with life.”

Lenin made it quite clear that each Marxist-Leninist Party must determine its policies and forms of activities in accordance with national conditions. He said that fundamental Marxist principles should be applied in a way “that will correctly modify these principles in certain particulars, correctly adapt and apply them to national and national-state distinctions.” In another context, he advised “to apply the general and basic principles of communism to the specific relations between classes and parties, to the specific features in the objective development towards communist, which are different in each country and which we must be able to discover, study, and predict.”

But some reactionary elements will distort the feeling of national identity, turning it to nationalism and chauvinism. They deny the Marxist principle of proletarian solidarity and internationalism. They contrapose patriotism, independence and sovereignty to internationalism. They do not want to admit that it is possible and necessary to harmonize national interests with international duties. They exploit nationalism and chauvinism to sow strife and division between the working-class movements in the imperialist states and the national liberation movements of the so-called Third World.

A Marxist-Leninist, revolutionary party is accountable not only to its own working class and people but also to the international working class.

Those who take a narrow nationalistic position talk about national and cultural identity and the necessity to develop “relying on one’s own forces.” By refusing to make any real distinction between the imperialist and socialist systems, by equating western imperialism with what they refer to as “Soviet imperialism,” they help to prop up the main ideological pillar of US imperialism, namely anti-Sovietism, the modern garb of anti-communism, and at the same time to create disunity in the struggle against imperialism…

As regards motivation for socialist aid and assistance to the national liberation movements and Third World countries, Lenin set out the position clearly when he pointed out in 1917:

“Now, as always, we stand and shall continue to stand for the closest association and merging of the class-conscious workers of the advanced countries with the workers, peasants and slaves of all the oppressed countries…We shall exert every effort to foster association and merger with the Mongolians, Persians, Indians, Egyptians. We believe it our duty and in our interest to do this, for otherwise socialism in Europe will not be secure.”

Those who, in the face of imperialism’s heightened aggressiveness and guile, talk about “cultural nationalism and “relying on our own forces” are living in a fool’s paradise and sowing illusions for their supporters. Ultimate victory, that is, independence – political and economic – will never be achieved in isolation. As long ago as 1919, Lenin stressed the necessity of development the closest links among the Soviet Union, the international working and the national liberation movements. He said:

“It is self-evident that this revolutionary movement of the peoples of the East can now develop effectively, can reach a successful issue only in direct association with the revolutionary struggle of our Soviet Republic against international imperialism.”

Lenin’s greatest achievement was in his contribution about the necessity for building a Marxist vanguard-type of party, a party based on democratic centralism and operating in both the ideological and practical spheres.

At the practical level, Lenin urged the forging of close links with the masses. He advocated the necessity of working patiently and persistently; of mastering the various forms of struggle; of combining parliamentary with extra-parliamentary work; of being flexible and prepared to make the most rapid changeover from one form of struggle to another; of working in reactionary trade unions and even of working for reforms that may help improve the position of the masses.

“It would be absolutely wrong,” he wrote, “to believe that immediate struggle for socialist revolution implies that we can, or should, abandon the fight for reforms. Not at all. We cannot know beforehand how soon we shall achieve success, how soon the objective conditions will make the rise of this revolution possible. We should support every improvement, every real economic and political improvement in the position of the masses.”

Excerpted and edited from Cheddi Jagan’s essay, “Lenin and our time” in World Marxist Review vol 13 no 4, April 1970.