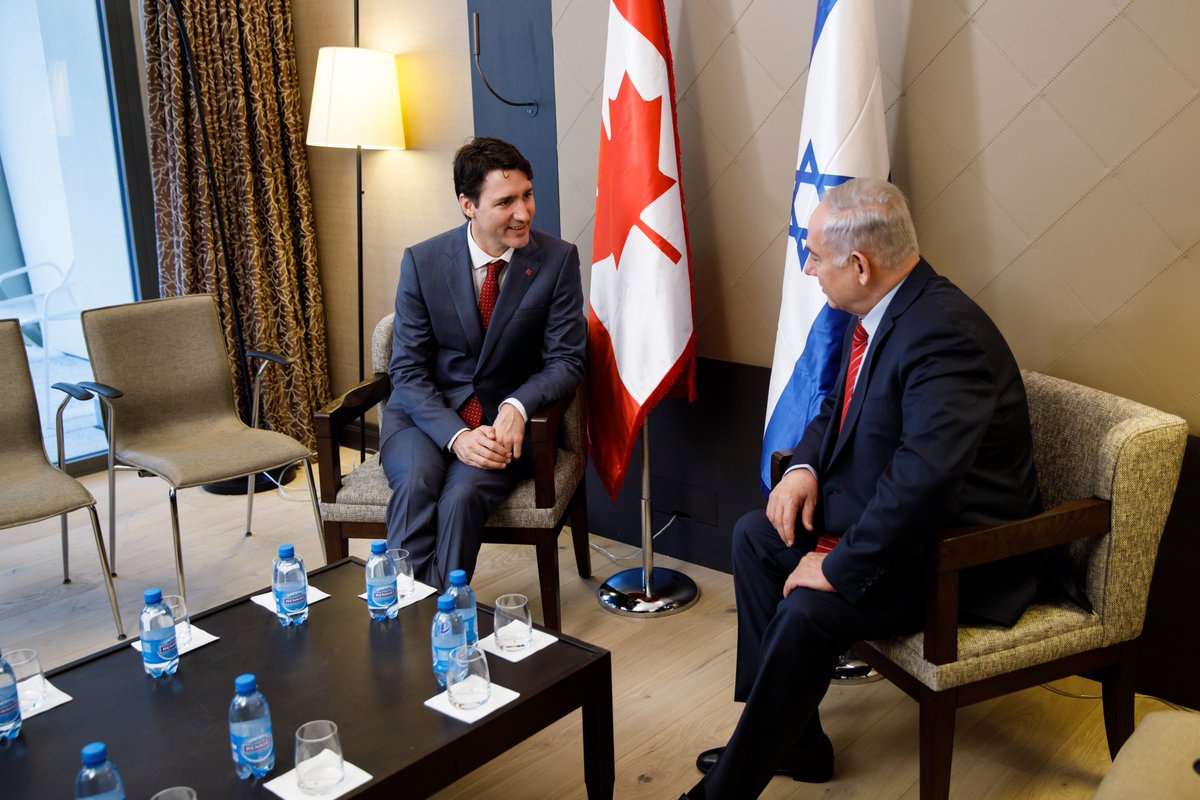 In what can only be described as a gift to Benjamin Netanyahu in his scramble to remain in power, Justin Trudeau sent a letter to the International Criminal Court (ICC) saying it had no jurisdiction to investigate Israeli war crimes against Palestinians.

Netanyahu had requested precisely this kind of intervention from the Canadian government, in a written letter on December 20. “In light of our special relations and the steadfast friendship between our countries, I urge you to publicly condemn this erroneous decision [of the ICC to investigate], to acknowledge there is not a Palestinian state, that the court has no jurisdiction in this matter … and to voice your deep concerns regarding its dangerous ramifications to the court and the region,” Netanyahu wrote.

Trudeau’s letter has not been made public, but a government spokesperson said “Canada’s long-standing position is that it does not recognize a Palestinian state and therefore does not recognize the accession of such a state to international treaties.  In the absence of a Palestinian state, it is Canada’s view that the [ICC] does not have jurisdiction in this matter under international law.”

The timing of the Canadian government’s statement is particularly interesting, given that until that point Netanyahu’s Likud Party was consistently trailing in Israeli election polls dating back to October 2019. Within days of Trudeau’s plea to the ICC – made in the final two weeks of the election campaign – Likud leapt into the lead and remained there. It’s not to say that this was the decisive factor, but it certainly is conspicuous.

If this were a football game, Trudeau’s letter would be called a “Hail Mary.” If it involved different countries, it would be called “foreign interference in elections.”

Thomas Woodley, president of Canadians for Justice and Peace in the Middle East (CJPME), stated in a press release that “Trudeau’s letter creates the perfect catch-22. Israel’s disregard for international law makes it impossible for the Palestinians to have a state, while Trudeau argues that until the Palestinians have a state, they cannot enjoy the protections of international law.”

Speaking to People’s Voice, international human rights lawyer Christopher Black said that, in sharp contrast to the Canadian government’s position, the United Nations and 140 countries around the world recognize Palestine as a state.

“Palestine is recognized as a sovereign state by the majority of countries. Through the Palestine Liberation Organization (PLO), it has observer status at the UN and has applied for complete status as a member of the General Assembly. It was recognised by the Treaty of Lausanne in 1923 that, as one of the successor states of the Ottoman Empire, it had sovereign status as an independent nation, and the British mandate established at that time was just temporary.”

Black notes that even Israeli courts have recognized Palestine as a state in land disputes over occupied lands. “To argue it is not a state is convenient to Israel but false in fact and law. Moreover, it does not matter what Trudeau thinks. The ICC accepts that Palestine is a sovereign state and has accepted a request from it to investigate Israeli crimes in the lands Israel illegally occupies. By claiming it is not a state, Trudeau attempts to undermine the International Criminal Court, a body Canada pretends to support when it is convenient to its interests.”

Justin Trudeau’s actions are particularly despicable, coming on the heels of the Trump-Netanyahu “Deal of the Century.” Rather than take a stand against that plan, which seeks to embed Israeli apartheid in law and liquidate the Palestinian people’s struggle, the Canadian government has chosen to support it by using legal arguments to erase Palestine and its national rights.

In the process, Trudeau and the government are choosing to support war crimes.