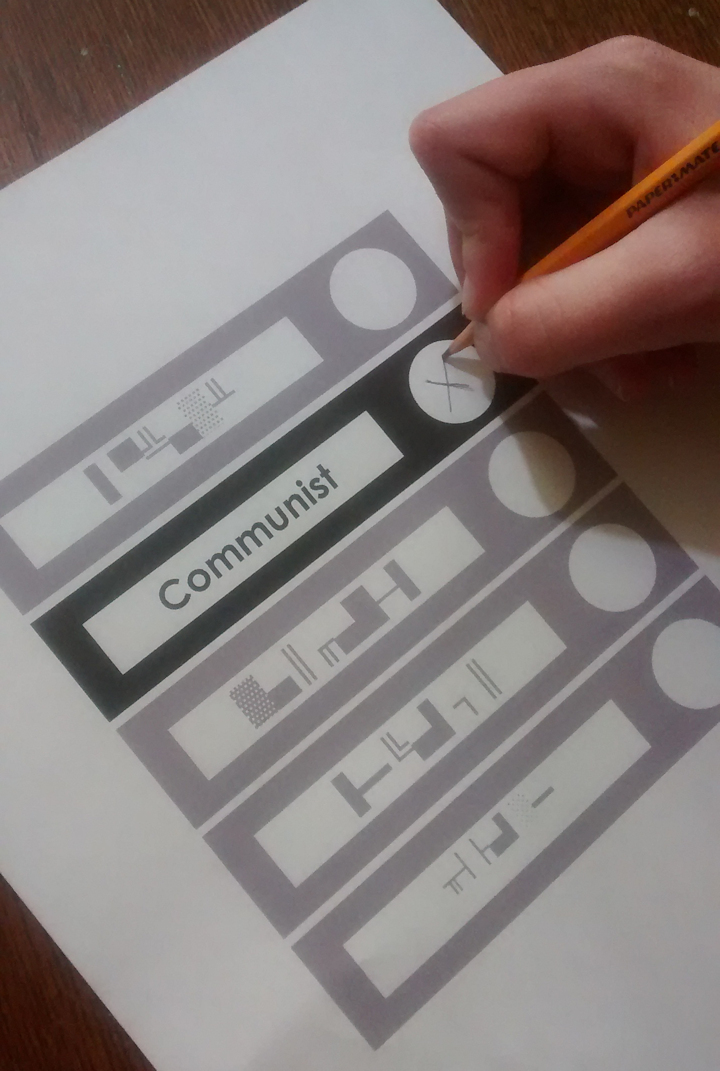 One constant refrain during any election is that we shouldn’t vote for smaller parties or campaigns because it is a “wasted vote.” The reasoning is that a candidate who doesn’t stand to be elected doesn’t warrant support. Better to make sure you vote for the guy (and, more often than, not it is a guy) in the lead, so you can say had an impact on the outcome.

It’s a perverse narrative, and one that doesn’t serve working class interests – or even the broad interests of electoral democracy – in the slightest.

It doesn’t take a conspiracy theorist to realize that elections are bought and sold in this country. The campaign expense limit in the vast majority of ridings is over $100,000 per candidate. That just includes money that was spent by the candidate, during the campaign period. It doesn’t include advertising in the year leading up to the election, and it also excludes spending by third parties who typically shill for a particular campaign.

Working class candidates typically cannot raise this kind of money unless they are prepared to campaign to a different class base – in which case their policies cease to wholeheartedly reflect working class interests and demands. Those who do adhere to their principles suffer the consequences of being financially marginalized right from the get-go.

So, we find ourselves in a vicious little circle. Campaign expenses increase, so candidates and parties position themselves to raise sufficient funds, so they jettison more and more radical and working class demands, so there’s less progressive input into the public debate, so the rules continue to shift in favour of “monied interests.”

All so that the candidate can be considered “electable” and the vote not considered wasted.

We need a conceptual shift in how we understand political campaigning during elections. In the first place, there are many victories to be won that don’t involve being elected. Both from the left and (unfortunately) from the right, there are many examples of smaller parties scoring big wins during elections, even if they don’t win any seats. They have helped frame the parameters of the debate, they have promoted new approaches to public policy, and they have often raised the profile of marginalized, oppressed or underrepresented groups of people.

Beyond this, though, smaller parties provide a key vehicle for gauging public opinion. Think about it this way – if a candidate from one of the mainstream parties saw a 1000-vote increase on election night, it would hardly be remarkable; but if, say, the Communist Party candidate received 1000 votes, everyone would take serious notice. A vote for a smaller party can send a signal to government, media, and the community that is far more powerful than the vote for a mainstream party.

Corporate and ruling class interests understand this, so they have a huge interest in telling you which (of their) candidates is worthy of support and which would be an abnegation of your civic responsibility.

But really, the surest way to waste your vote is to cast it for someone who doesn’t reflect your interests.

And when you think of the interests that are at stake in this election – climate crisis, global war, economic recession, resurgent fascism and hate – doesn’t it make a lot more sense to vote for what you believe in?

People’s Voice is endorsing the Communist Party of Canada in this election, as we’ve done in every election since we started publishing. The Communists have the most comprehensive and consistent plan for winning radical immediate reforms and connecting that to the struggle for socialism. Where there is no Communist candidate, we encourage readers to press all other candidates on whether or not they will fight for real change that puts people and nature before profit.

Workers need a strong progressive bloc in Parliament. Voting for that is surely not a wasted vote.