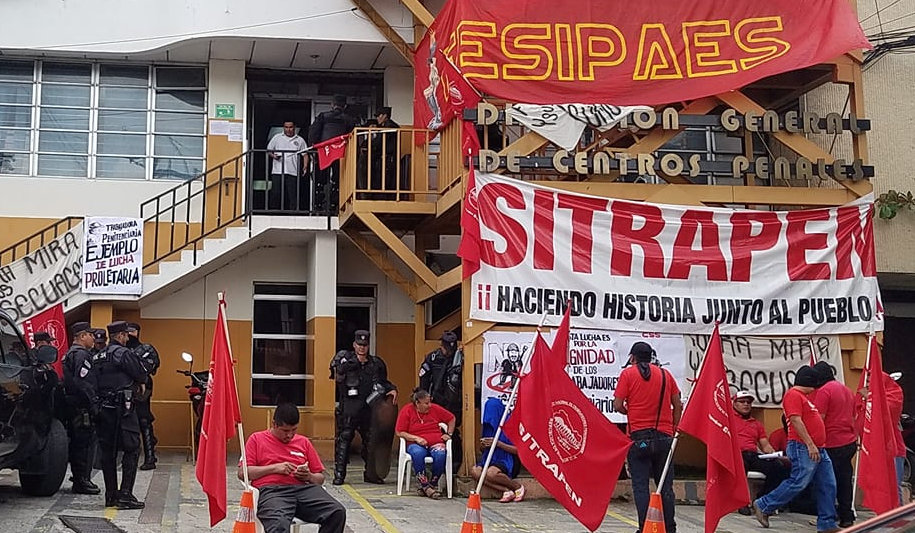 When voters in El Salvador elected President Nayib Bukele in February, many believed that his “Nuevas Ideas” movement offered a new alternative to the two parties – the right-wing ARENA and left-wing FMLN – that had dominated the political arena in the last 30 years. Bukele, a businessperson, former FMLN militant and former mayor of Antiguo Cuscatlan and San Salvador, allied with the right-wing GANA party and tapped into public anger around allegations of corruption and government inefficiency.

While campaigning, Bukele expressed concern for the poor and working class, committed to fight corruption, and promised a new path towards prosperity that was different from what ARENA and FMLN had done.

However, facts prove that his actions are opposite to his rhetoric.

One of Bukele’s promises was that he would provide a voluntary retirement program for teachers, which would provide them with sufficient pension income to retire “with dignity.” Once he took office in June 2019, his tone changed; on July 23, Bukele vetoed a decree passed by the Legislative Assembly which aimed to compensate teachers financially for volunteer retirement. An estimated 2,000 teachers will be directly affected by this action.

El Salvador’s pension program is insufficient for providing a decent living. Most teachers and workers cannot survive on their monthly pension of $207 monthly, which is the minimum income, so they still need to work after they retire. The legislative decree was to provide teachers who voluntarily retired with 15 days of pay for every year of service. Bukele’s main argument for the veto was that the reform was “inconvenient.”

The decision has enraged teachers, many of whom supported Bukele in the election. The two main teacher unions, ANDES 21 de Junio and SIMEDUCO believe the veto is unjust, with the latter calling it “a humiliation to all teachers.” In mid-August, members of ANDES took a petition to the Legislative Assembly, calling upon deputies to revoke Bukele’s veto. The Coordinadora Sindical Salvadorena has stated that solidarity with the teachers is important and has encouraged other unions to join the struggle.

In another sector, penitentiary workers represented by the SITRAPEN union have also been locked in a struggle with the government. The jail workers have demanded a bonus of $400 dollars in quarterly payments, and recognition in a collective agreement for all employees. They have also lobbied to eliminate a “disciplinary commission” that fired 25 employees and insisted that those dismissed be rehired. Aiming to eradicate corruption within the penitentiary system, the union also demanded that 15 officials be dismissed. Penitentiary system director Osiris Luna and Minister of Justice Rogelio Rivas have blocked any dialogue on the workers’ demands, arguing that the union is “against the rules implemented in the penitentiary system.” On July 19, the union launched a strike, but instead of negotiating the government sent the police to intimidate the workers. Guillermo Asencio secretary of SITRAPEN charged that the government sent in the police to “psychologically oppress the workers.” The union’s demands have not yet been considered by Bukele’s administration, which is unwilling to participate in any dialogue with the unions. Like any capitalist, they rather impose their will on the workers.

“Nuevas Ideas” appeared to be a movement by the masses that was to represent the people of El Salvador. But it’s a right-wing movement, and anti-union. Bukele relies on a propaganda campaign with his supporters on social media, television and newspapers, to shape public opinion in favour of his administration. In this situation, solidarity with the workers and teachers is critical. Unions do not rely on big propaganda ads to convince the public of their struggle; they count on working class support and solidarity in their struggle for change in a world where justice will one day be achieved.