In the past year, two community-based reports have been released in Toronto that document the growing crises created by capitalism, especially through the rapid growth of temporary employment agencies.

According to Deena Ladd from the Workers’ Action Centre, the largest percentage of temp agencies are in Ontario, and are used in every corporate sector, including banks, car parts companies like Magna, retail outlets like Canadian Tire and some government services like childcare. The most nefarious use of temp agency workers occurs in the poorest and most racialized neighbourhoods in the city – and the conditions under which they forced to work are increasingly deadly.

On June 18, Jane-Finch Action Against Poverty (JFAAP) launched their final report on temporary workers. The report, “Permanently Temporary: Labour, Precarity and Resistance in Jane-Finch,” is a hard-hitting exposé of the crass exploitation of working people from across the community, predominantly racialized women. 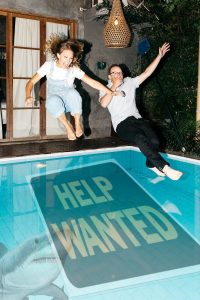 So-called ‘client-companies’ hire temp workers from agencies to avoid the responsibilities under the Occupational Health and Safety and Employment Standards Laws, including compulsory health and safety training, workers’ compensation, payroll and accounting. If a temp worker is hurt on the job, it is the agency, not the client-company that is responsible for Workers Compensation. In addition, agencies may arrange for temp workers to collect their pay, often in cash, from a pay day loan company. The most notorious company to use temp workers is Fiera Foods in the Jane-Finch community. Four workers have died at work at Fiera-related companies since 1999, including Amina Diaby, a 23-year-old refugee who was strangled when her hijab was caught in the machinery and none of her co-workers knew how to press the emergency stop button.

The East Danforth Report was released before Doug Ford was elected last June; the Jane-Finch report just after his one-year anniversary. The first thing Ford announced in winning the election was that he would dismantle Bill 148, which increased the minimum wage to $15 an hour, provided two paid emergency leave days for all workers and guaranteed better scheduling for temp agency workers. He was true to his word and introduced Bill 47, the Making Ontario Open for Business Act, which reversed these advances.

Each report makes a series of recommendations, including more community education and empowering workers’ rights organizations. The East Danforth report is more specific about restricting the temp agency’s scope of operations, including calls to license and bond each agency, as well as to restrict the percentage of temp workers in a company and the length of time a position can be filled by a temp worker. In addition, the East Danforth report calls on temp agencies to be eventually replaced by “publicly operated employment agencies which can meet any genuine need of employers for temporary help without violating the workplace rights and dignity of temporary assignment workers.”

Sultana Jahangir, Executive Director of SAWRO, participated in a panel presentation and discussion at the launch of the JFAAP report in June along with Deena Ladd and local community activists. Both speakers highlighted the ability of temp workers to fight back and win. Ladd noted that seven hundred temp workers had recently been hired permanently at a Winners warehouse in Brampton. Jahangir declared that SAWRO’s demand is to work towards banning temp agencies, that “disproportionately negatively impact racialized and marginalized women.” She went on to call for a united day of action, with communities coming together to demand an end to the rampant exploitation of temp agencies.

Building the resistance to the massive inequality generated by temp agencies is possible. The JFAAP report outlines how it must be centred on class analysis:

As Marx argued, capitalism creates a “reserve army” of labour, members of which are obligated to work for a pittance under conditions that are far from desirable. The wages and working conditions of the working class as a whole are undermined as a result. As such, it is in the interests of the entire working class to ensure that capital does not have access to a hyper-exploited reserve army. Class solidarity, we believe, must serve at the primary building block for resistance against the increased incidence of temporary work and precarious employment.

JFAAP, SAWRO, the Workers Action Centre and the Fight for $15 have a blueprint for organizing actions across the broader GTA to expose the nefarious practices of temporary employment agencies and to build the resilience of temp workers.

It’s time to take the fightback to the streets.