Until late 2017, the words Uyghur and Xinjiang were virtual unknowns in Canadian media. Suddenly, though, the mainstream corporate media in Canada began to host a steady, and increasing, flow of articles and reports about the Chinese government’s clampdown on ethnic and national minorities in its northwestern province. Specifically, these reports repeat the mantra that China has imprisoned over 1 million members of the predominately Muslim Uyghur community in Xinjiang, placing them into forced labour and indoctrination camps.

Why the sudden interest?

Certainly, China has intervened quite deliberately in Xinjiang over the past decade. This is a coordinated intervention that emerges from the government’s campaign against terrorism and its anti-poverty strategy.

Xinjiang has long been part of China’s territory, reflecting an association that dates back at least to 200 BCE. In 1955 the People’s Republic of China created the Xinjiang Uyghur Autonomous Region, confirming both the territorial integrity and multi-ethnic reality of the country. However, separatist sentiment also has a long history among Uyghurs in the region, often expressed through calls for some form of independent “East Turkistan” state.

A March 2019 report from the Chinese government notes a sharp increase in violence and terrorism in Xinjiang since the early 1990s, by “forces inside and outside China [that] have stepped up their collaboration as terrorism and extremism spread around the globe, trying desperately to establish “East Turkistan”.”  The report, available through the State Council Information Office, provides details on thousands of terrorist acts in Xinjiang over the past 25 years, as well as on the government’s response.

The Chinese government says that its approach to Xinjiang reflects “a policy that strikes the right balance between compassion and severity.” This includes a counterterrorism and de-radicalization campaign that aims to identify and curb the influence of extremism in Xinjiang, while protecting rights to religious activity. It also includes measures to confront extreme poverty in the region, which tends to make the population more susceptible to reactionary ideologies. Expanded health care, mandatory public education, improved jobs and incomes, and increased infrastructure are all part of this effort.

Certainly, achieving the right balance between compassion and severity is tricky. The Chinese effort in Xinjiang warrants study and scrutiny; indeed, the government has invited the European Union to send human rights inspection teams to Xinjiang, although these invitations have been declined. Of course, there is the possibility that China’s response to terrorism in Xinjiang is “imbalanced,” but this hardly explains the sudden and obsessive interest of Western governments and corporate media in the Uyghurs. After all, these same voices had precious little to say about Spain’s aggressive crackdown on the Catalan independence movement last year, other than to reiterate the necessity of a “united Spain.”

The West’s interest in the Uyghurs is a lot less about altruism and a lot more about its economic and political rivalry with China. 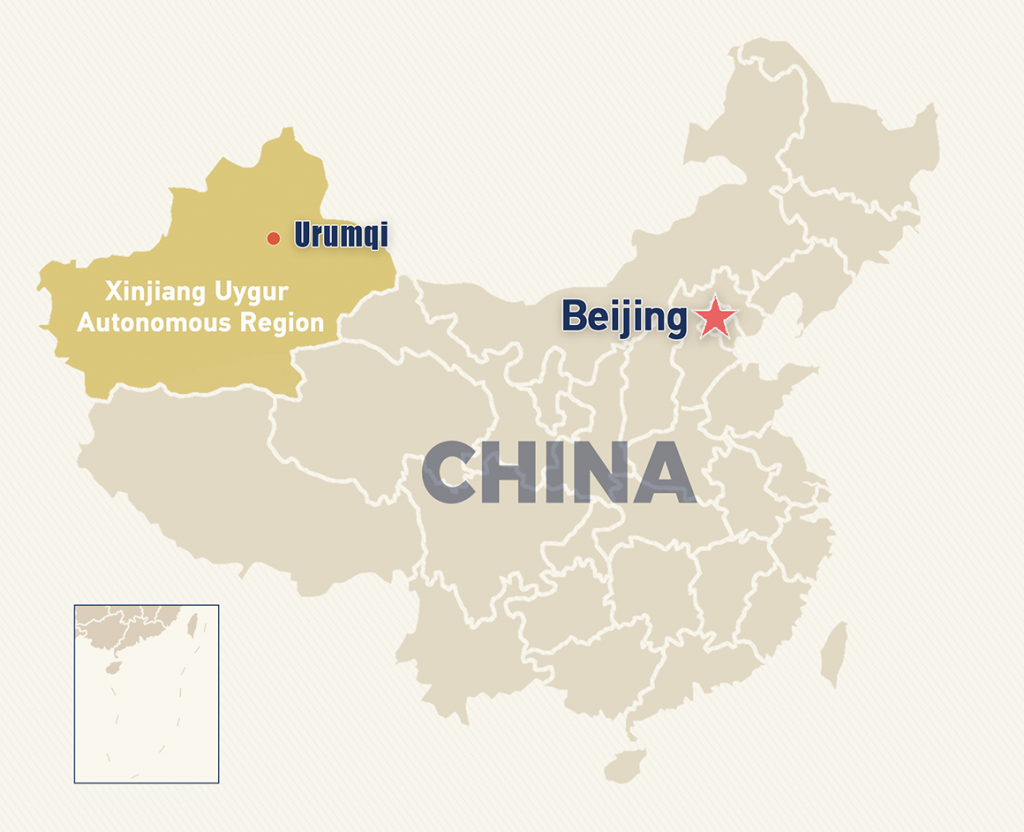 Xinjiang province is rich in natural resources. Over 40% of its territory is suitable for agriculture and forestry, it contains some of China’s largest mineral deposits, its coal reserves account for nearly 40% of the national total, and it contains around 25% of China’s petroleum and natural gas. Economically, Xinjiang is key to China’s development, and this means that it is also key to Western imperialism.

At the beginning of April, members of the World Uyghur Congress (WUC) visited Ottawa to lobby the Canadian government to impose sanctions and coordinate an international campaign to pressure the Chinese government. In the last month, the WUC made similar visits to New Zealand, Italian, and European Union officials. The WUC is based in Germany and receives annual funding from the National Endowment for Democracy (NED), one of the United States government’s most powerful instruments for promoting a pro-US discourse and orientation among foreign countries. The organization exists for the specific purpose of forming an independent state of East Turkistan – that is, it exists exclusively to achieve the territorial breakup of China.

It doesn’t take a genius to surmise that an East Turkistan economy would be strongly interwoven with that of its funders and backers, the United States and the European Union.

On its web and social media, the WUC circulates stories accusing the Chinese government of systematically harvesting live organs from imprisoned Uyghurs, to sell on the underground market to transplant recipients.

Added up – a million prisoners among a population of about 10 million, restrictions on growing beards or abstaining from tobacco and alcohol, systematic live organ harvesting – it starts to sound like the stuff of cheap Cold War movies. The purpose of this unchecked yet widely circulated narrative is to whip up a frenzy of moral outrage that can justify various forms of foreign interference in China’s sovereign affairs.

It’s a classic case of the “White Man’s Burden” – that deeply embedded view that humanitarian intervention is the noble enterprise of civilized nations to rescue their oppressed and savage cousins. (And, in the process, to justify brutal colonization, division and redivision of the world’s territory, plunder and genocide.)

The Canadian government has enthusiastically promoted humanitarian intervention (or Responsibility to Protect) as justification for imperialist aggressions against Yugoslavia, Libya, Syria, Venezuela and many other sovereign countries. Furthermore, it has an enormous interest in securing access for Canadian corporations to Xinjiang’s rich mineral and energy resources.

This interest must be exposed and stopped.