The Plot to Control the World: How the US Spent Billions to Change the Outcome of Elections Around the World, by Dan Kovalik, 200 pages, Skyhorse Publishing, ISBN 9781510745018. Reviewed by Joseph Jamison in Marxism-Leninism Today, https://mltoday.com.

With each new book, exposing the ugly truth about US foreign policy,  Dan Kovalik is earning a place as one of the country’s most important writers against empire. In The Plot to Control the World he continues to undermine the dominant narrative that justifies endless US wars and gargantuan military spending. The subtitle of the new book best suggests its thesis: “How the US spent billions to change the outcome of elections around the world.”

But  more is involved than mere US spending, as Kovalik shows convincingly in this readable, concise book. To make elections come out “right” — to oust or prevent from coming into office any government, regardless of ideology, unwilling to bend the knee to Washington — the US has employed almost every means: massive corruption,  blackmail, voter fraud, subversion of the courts, and if necessary, Special Forces operations, assassinations and poisonings, covert support of fascist coups, recruitment of jihadists and terrorist death squads, even the threat of invasion.

Using mostly mainstream sources,  Dan Kovalik documents the most important episodes of post-1945 record of election outcomes engineered by the US and its intelligence agencies. A full account of US election meddling around the world since 1945 would require a library of books. Election management by the US is now an industry, a “political technology” in the words of one scholar, complete with its own nomenclature: “color revolutions” and “demonstration elections”  and carried out by private consultants and public ones: such as US-taxpayer funded NGOs like the ill-named National Endowment for Democracy and its party institute offspring, the National Democratic Institute and National Republican Institute, on whose boards sit US Senators, supervising the exercise of US soft power.

He begins his book with Russia,  the most ironic case of all, given the current obsession of the US media with Russia-gate. For two years CNN, MSNBC, the Washington Post and the NY Times have tirelessly repeated the still unproven assertion that the Putin and Russians colluded with Trump to steal the 2016 presidential election.

In 1996 in Russia in 1996 vast sums of US money, under the watchful eye of US President Bill Clinton, openly flowed to Boris Yeltsin, to ensure that Yeltsin’s  cronies, the kleptocrats and newly minted oligarchs of post-Soviet gangster-capitalism stayed in power. Kovalik shows that “The Americans are coming ” — not “the Russians are coming” — ought to be the watchword of  peoples eager to keep or win their national independence.

The ugly truth about US foreign policy is the opposite of the mainstream media line. If most Americans only knew…

(Dan Kovalik may be familiar to anti-imperialist activists in Canada for his speaking engagements in British Columbia and upcoming speaking tour of Ontario. Kovalik’s books are available from Amazon, and can be ordered in bulk from Skyhorse Publishing.) 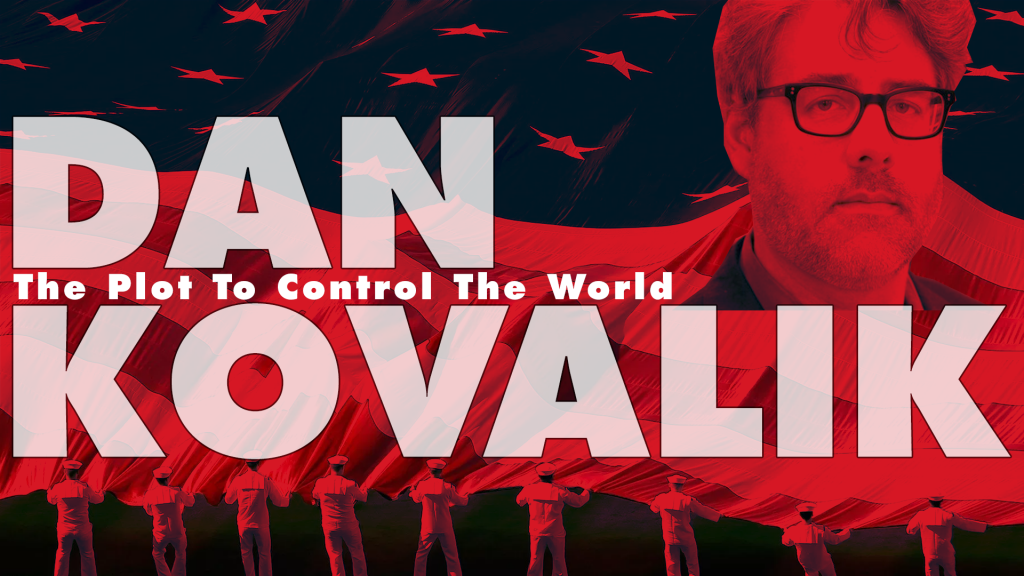