Heavy fog and clouds blanketed Saint John harbour in New Brunswick, and rain fell continually, but a ray of love and proletarian internationalism as warm as the South Arabian sun beamed from the port’s west-side docks on Dec. 22, all the way to the starving and battered highland people of northern Yemen.

That morning, activists from groups such as PEACE-NB, the Council of Canadians, and the Communist Party of Canada picketed the King Street entrance to the docks, hindering the progress of LAV 6.0 armoured cars to the Middle East from the London, Ontario plant where they are manufactured.

The armoured cars are used by the Western-backed coalition of Arab states which has been blockading and bombing the predominantly Zaidi Shi’a population of northern Yemen since 2015.

Dockworkers at Saint John belonging to the International Longshoremen’s Association respected the picket, refusing to cross when they arrived for work just after 7:00 am. They had been scheduled to load armoured cars onto a Saudi Arabian freighter, the Bari Yanbu, that morning.

Canada is currently in a 14 year, $14.8 billion contract to provide 742 LAV 6.0s to Saudi Arabia, which is spearheading the military intervention in Yemen, while the United States gives weapons and tactical support, and countries such as Canada and Britain provide additional weapons.

Over the last five years, Saudi Arabia has imported more weapons than any country except India, according to the Stockholm International Peace Research Institute.

The United Nations has labelled the situation in Yemen the world’s worst current humanitarian crisis. Amnesty International and Human Rights Watch report bombing of civilians, hospitals and schools. An estimated 85,000 children have starved to death since 2015 because of the coalition’s air and naval blockade.

Saudi Arabia is one of the least democratic countries in the world, with no national elections and harsh punishments for political or religious dissent. Yet it is worth remembering that what Saudi Arabia is doing in Yemen has been done before by others.

In 1839, Britain, which desired control of the port of Aden in southeastern Yemen, bombarded the local rulers until they agreed to a British “Protectorate”. In the early 20th century, the British suppressed insurrections in Yemen by bombing civilians, destroying the food supply, and torture. This was repeated in the early 1960s during Operation Nutcracker and the policing action in Radfan. The usual method of collective punishment was to declare an area “proscribed”, leaflet it to warn all inhabitants to leave, then destroy the buildings by aerial bombardment. The leafleting saved most civilian lives in the short term, but the operation also involved the destruction of food crops in the field during planting season, so that, according to a British military source: “a large number of patrols went out and reported that the former rebels were starving.”

A newer example of civilian killing in Yemen by a foreign power is the ongoing U.S. drone campaign.

According to data from the Foundation for the Defense of Democracy, a conservative American organisation, the U.S. made about 300 drone strikes in Yemen from 2009 through 2017. The rate is increasing: about 125 of the attacks were in 2017. Anecdotal evidence from the Yemen Post, an English language publication, suggests that the FDD figures are probably too low, perhaps by several times. There is no accurate casualty count, but information from Human Rights Watch in Yemen suggests that about six people are killed on average per strike. The proportion of innocent people to intended or “legitimate” targets killed is even harder to gauge. But it appears, as a rough estimate, that something like half the people killed are victims of targeting errors, or simply happen to be nearby when an intended subject is blown up.

These executions can be terrifying and horrific, often coming with practically no warning and resulting in the virtual liquefaction of people’s bodies or the scattering of body parts over a wide area. 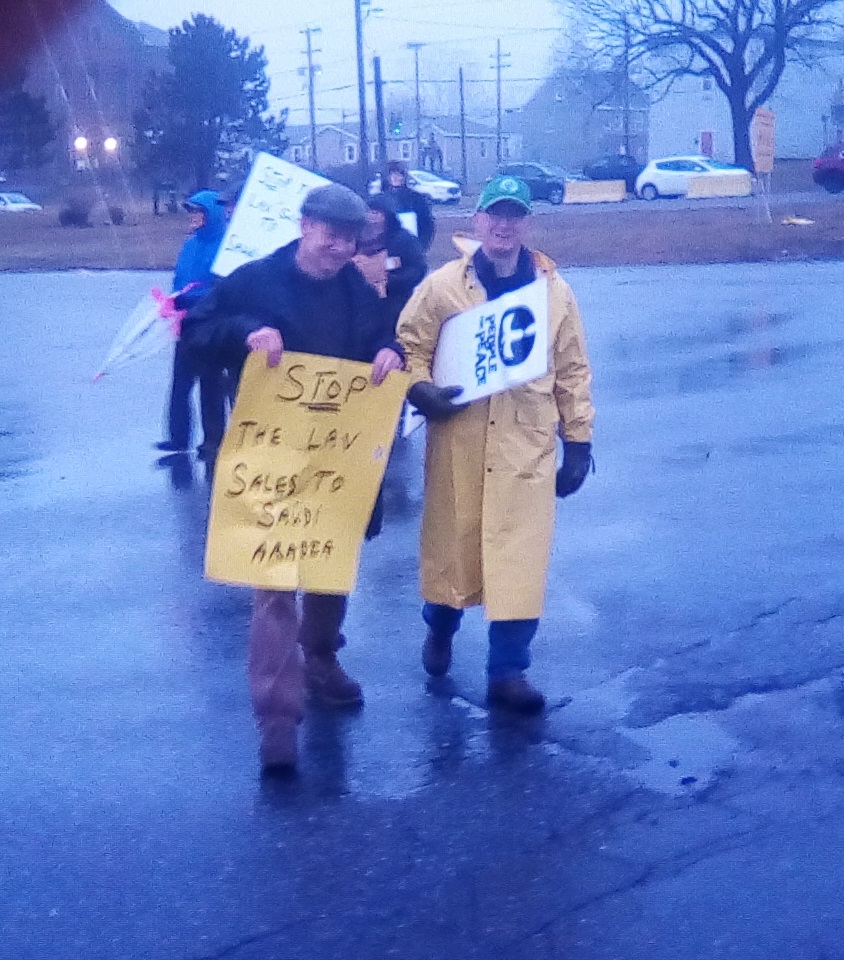 While the pressure of competition has “chased the bourgeoisie over the whole surface of the globe,” producing the phenomenon we know as capitalist globalisation, the task of mitigating the uglier aspects of globalisation has fallen mainly to the ordinary working people of the world and their organisations.

It was a combination of Nasserite Arab socialism and the militancy of the Aden Trade Union Congress which finally forced Britain to remove its imperial claws from Yemen in 1967. And the campaign against murder by drone is being waged, not by global capitalist enterprise, but by its employees.

The 3100 employees who signed a letter of protest in 2018 against their employer, Google (once a search engine, now Orwellian state-capitalist vulture) when it took on the Project Maven contract to provide drone guidance software to the U.S. military, were, whether they described it to themselves in exactly those terms or not, engaging in a commendable act of international proletarian solidarity.

At 9:00 am it was learned that the port authorities would not bring the Bahri Yanbu in from its anchorage to take on LAVs that day – the reason being given as “bad weather”. The protesters packed up their signs; but before leaving they went up to the ILA dockworkers, thanking them for their support with a round of applause and handshakes. The dockworkers had lost a day’s pay and thought additional punishment from the employer was likely, but expressed no bad feeling toward the picketers, saying simply: “We don’t cross picket lines.”

As capitalism becomes more global, transcending geography and drawing out from under the feet of industry and worker alike the national ground on which they once stood, acts of international solidarity such as occurred in Saint John will have to be performed on a wide scale.