From March 5–7, a delegation of seven communists from Canada attended the 2nd International Solidarity Conference Todos somos Venezuela (We are all Venezuela), joining their voices to 300 international delegates who came to support the Venezuelan people and their popular government and to firmly stand in opposition to any kind of  foreign intervention in Bolivar’s homeland.

Delegates also honoured the legacy of Hugo Chávez five years after his passing on March 5th, 2013. Personalities like Manuel “Mel” Zelaya, Honduras’ former President who was deposed after the 2009 coup d’état, and editor of Le Monde Diplomatique Ignacio Ramonet, participated in the encounter. Anti-imperialist international federations like the World Peace Council, the World Federation of Democratic Youth, the World Federation of Trade Unions and the Women’s International Democratic Federation were also represented.

This was the second such ambitious meeting, after the success of last September’s similar solidarity gathering. Since then, the situation has only worsened for Venezuela. Imperialist attacks against the Bolivarian process have culminated with former Secretary of State, Rex Tillerson, reiterating the US Administration’s support for a military intervention. Sanctions – including some prompted by Canada – have literally held the Venezuelan people hostage, facing hoarding and shortages of necessary goods and commodities as part of an economic war against their country. Politically, attempts to isolate the Caracas government and to give weight to the most reactionary trends in the opposition have continued. The Lima group, in which Canada is playing a leading role, is now consolidated to the point that it excludes Nicolas Maduro from representing Venezuela at the next Summit of the Americas, as part of its countless attacks against the Bolivarian government.

Through these three days of discussion, conference and visits, Communists from Canada brought their total support to the Venezuelan people’s struggles for emancipation and against imperialism, and condemned Canada’s proactive role in attacking Venezuela. They had the opportunity to visit the state of Vargas, to attend a celebration to honour the legacy of Hugo Chávez, and to become familiar with the achievements of the Bolivarian government in this region, which was heavily impacted by a tragic earthquake in 1999. These achievements include a strong rebuilding effort, with an emphasis on infrastructure and housing. For example, on land that was owned by four speculators, over 2000 free social housing units were built as part of the mission Hogares de la Pátria, through which 2 million free social housing units were built in the last four years, with 2 million more expected by 2020. 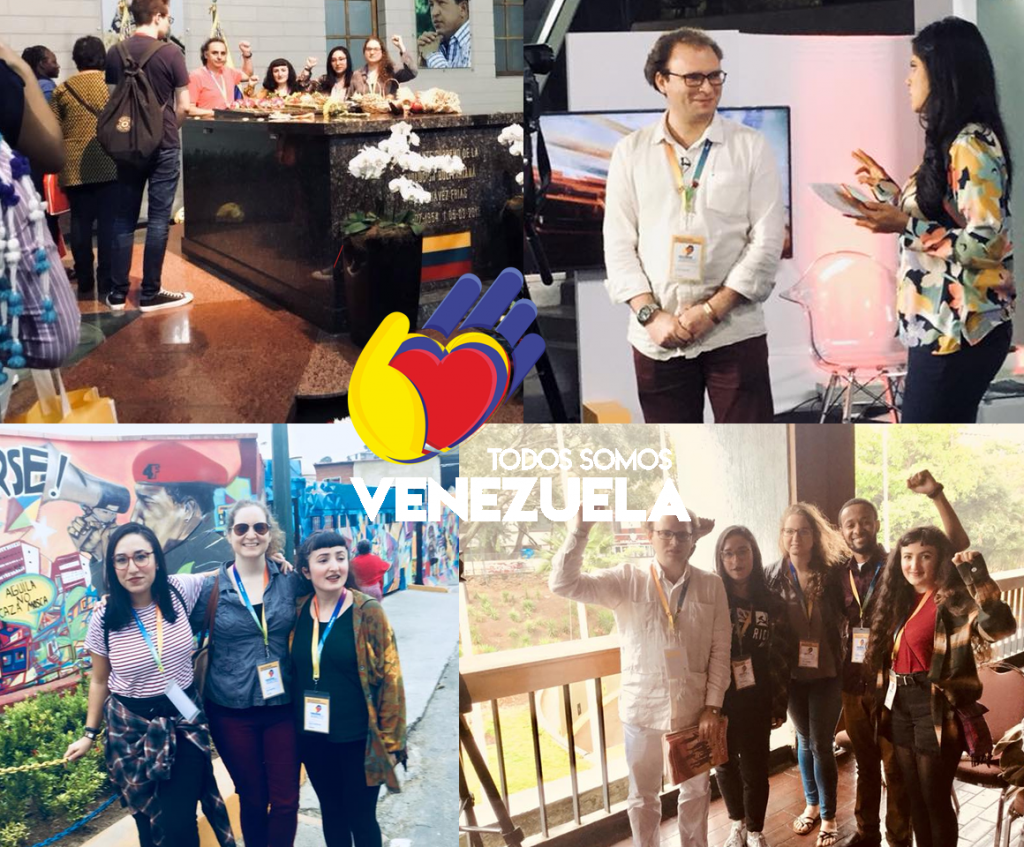 They also had the opportunity to attend discussion panels on the youth, labour movement, women and arts and culture, to name a few. Participating in the two main conferences were key people such as Delcy Rodríguez, the leader of the National Constituent Assembly and, for the closing ceremony, President Nicolás Maduro.

Coming out of this conference, it is clear that strengthening solidarity with Venezuela is one of the most pressing tasks of progressive, democratic and peace-loving people. Considering the prominent role played by Canada’s diplomacy in promoting war on Venezuela, our action is even more crucial.

On May 20th, the Venezuelan people will cast ballots in the Presidential elections. Despite all the difficulties and propaganda, the majority of the people clearly understand what is at stake: to defend anti-imperialist unity and continue on the path of popular emancipation, or surrender and return to a time where policies were not taken in Miraflores Palace, but dictated by Washington and Wall Street bankers. Chances are that, with Maduro being once again the unity candidate supported by all progressive forces gathered in the Gran Polo Patriótico Simón Bolívar, including the Communist Party of Venezuela, and with the opposition divided, the former bus driver will go for a second term.

But it remains clear that the corporate media and imperialist forces will seize this opportunity to further attack the Bolivarian process. This will be a crucial time where our solidarity will be of outmost importance.