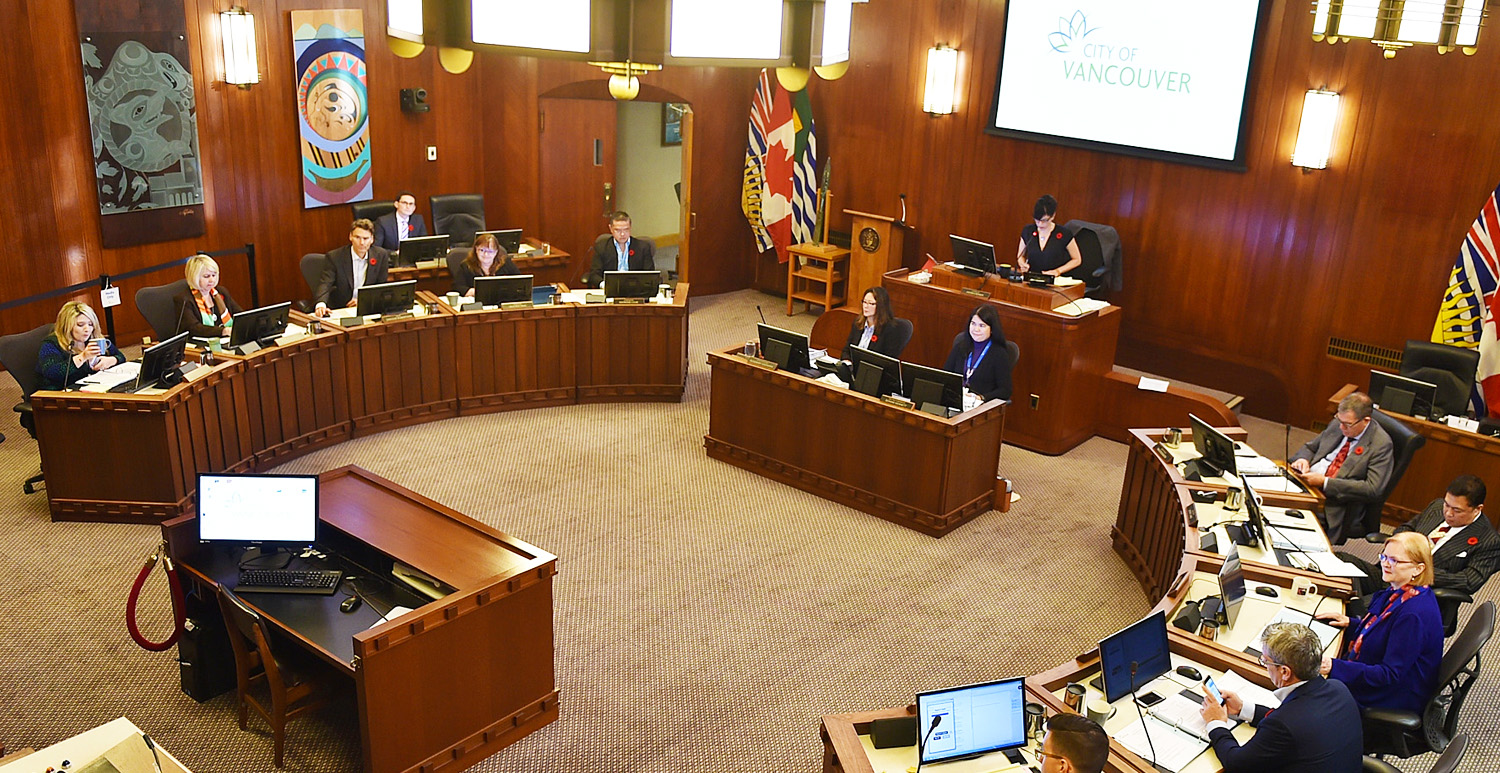 With just eight months to go before municipal elections across British Columbia, much of the media’s attention is on Vancouver, where the Vision party which has held a majority at City Hall since 2008 has seen four of its elected officials announce that they will not run for re-election in October – Mayor Gregor Robertson and councillors Andrea Reimer, Kerry Jang and Tim Stevenson. That leaves just two incumbents, Heather Deal and Raymond Louie, who has long been considered a front-runner in any Vision mayoralty nomination contest.

The latest political problems for Vision can be traced back to the change in Victoria, after the new NDP government elected last year lured a number of top Vision figures to the provincial scene. Long-time city councillor Geoff Meggs, who now works as for Horgan, and several other Vision staffers have also gone to work for the province. The departure of Meggs forced an October 2017 byelection, in which the Vision candidate finished an embarrassing fifth with just 11% of the votes. Independent left candidate Jean Swanson won wide support, running on a platform of radical measures to tackle the housing crisis, and finishing second.

New electoral financing rules implemented by the province have finally capped the wild corporate fundraising and campaign spending which marked Vancouver civic politics for over a decade. Instead of having millions of dollars to spend on mass media and hired staffers, Vision will be forced to adopt new campaign strategies, at a time when its close identification with major developers has cost much of its previous support from progressive-minded voters.

Having won the byelection largely as a result of vote splits on the centre and left of the spectrum, the right-wing NPA may be on the verge of a potential comeback after a decade in the political wilderness. That prospect has led many civic activists and municipal unions to call for a united electoral strategy to block the NPA’s return to office. But Vision’s record has made such unity far more difficult, since its decade in power has been marked by a policy of encouraging developers, and a steep rise in housing costs both for buyers and renters. Vancouver is now among the most expensive cities in the world, in terms of the ratio between housing costs and incomes, and homelessness is up sharply despite Vision’s promises.

In this situation, cooperation of anti-developer political forces has been advocated by many. At its recent provincial convention, the Communist Party called for unity involving the Coalition of Progressive Electors, the Jean Swanson campaign team, One City, and the Greens, to defeat the pro-developer parties. Some of these forces are urging former Vancouver East MP Libby Davies to run for mayor. Another encouraging signal is that COPE has pulled back from some of its more sectarian positions of recent years.

On the other hand, talks have also been underway to bring together Vision, One City and the Greens for some kind of electoral alliance, with the backing of at least some trade unions who fear the repercussions of an anti-labour NPA majority.

It remains to be seen how these maneuvers will play out, but the Vision “brand” appears to be in deep trouble, even if its leaders can cobble together a joint slate. Unless such an effort included left and progressive forces which have some electoral strength, it might simply allow the NPA to take advantage of divisions. But given Vision’s deep political problems, signing on to such a deal makes no sense for progressives. Meanwhile, the clock is ticking.