The so-called “Vancouver Group” Summit on January 16 will bring together the 14 countries which waged war against Korea in 1950, plus South Korea and Japan – invited by US Secretary of State Rex Tillerson and Canada’s Foreign Minister Chrystia Freeland, allegedly to seek “a diplomatic solution to the Korean crisis.” The Communist Party of Canada condemns this reunion of warmakers as a further step towards new imperialist military aggression against the Democratic People’s Republic of Korea.

The North American media has portrayed the Vancouver Group Summit as a “reasonable alternative” to Donald Trump’s threat to annihilate the entire population of the DPRK. Such a US attack would be the most shocking war crime in history, violating every international law which bans military aggression against other countries. It would mean the deaths of millions of people across the region, and could easily spark a nuclear exchange threatening the entire planet. Trump’s latest boasts about his “bigger nuclear button” are a warning that the possibility of such a devastating catastrophe is quite real. 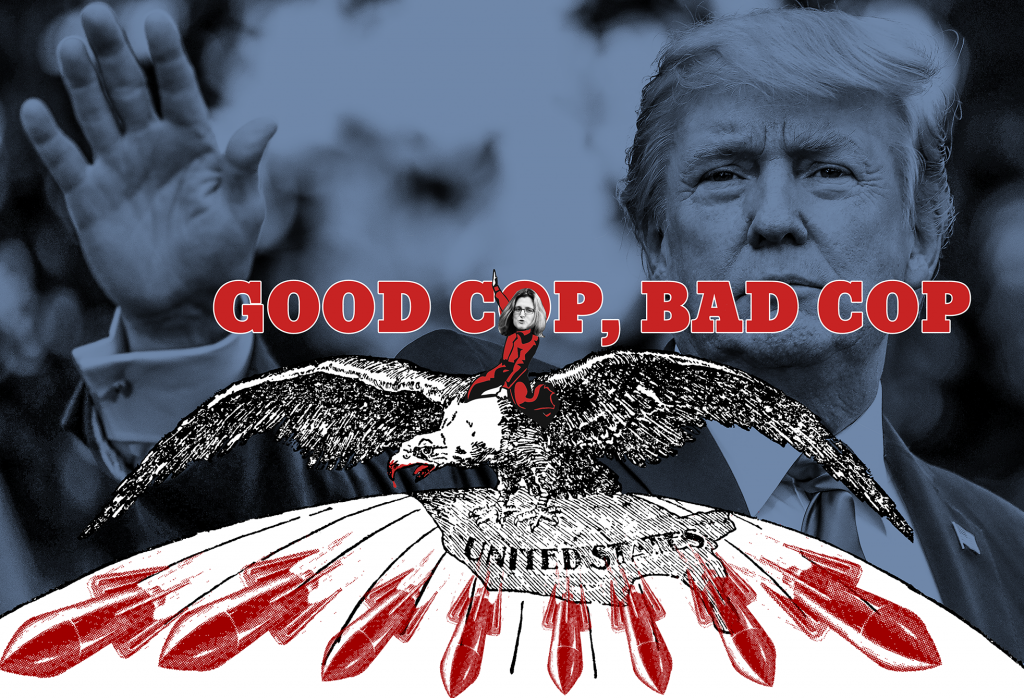 But the Tillerson-Freeland “good cop-bad cop” scenario is not a path away from war. Rather, it is a cover for the ongoing imperialist strategy to bring the people of the DPRK to their knees, by escalating economic and diplomatic sanctions with the aim of forcing their government to end to its nuclear programme. Both approaches are based on the premise that the US has the right to “punish” any country which refuses to accept the dictates of imperialism. Both Trump’s threats of mass murder, and the Tillerson-Freeland strategy, include the continued presence of tens of thousands of US troops at bases and vessels in and around the Korean peninsula, and regular war exercises to remind the DPRK that a new imperialist aggression could be launched at any moment.

The US is the only country to have ever used nuclear weapons in war, and possesses the largest nuclear weapons arsenal in the world. The US continues to develop and promote nuclear weapons technology and is poised to spend an additional $1 trillion on its nuclear arsenal, through its current Nuclear Posture Review. The DPRK, on the other hand, was almost totally destroyed and impoverished by the “Korean War” waged by the US and its allies, a war which artificially divided the peninsula along the 1953 ceasefire demarcation line – for the crime of defending itself against threats of foreign invasion and coup d’état. While the US and NATO maintain a policy of “first use” for nuclear weapons, the DPRK committed to no first use in 2016.

We demand: the US must end its provocations, withdraw its massive military forces in South Korea and east Asia, sign a peace agreement, and allow reunification to proceed on the Korean Peninsula according to the right of the Korean people to self-determination and sovereignty free of external threats and provocations. This remains the only road to long-term peace and security.

As the Vancouver Group Summit nears, we call on the labour and democratic movements, and the peace movement in the first place, to say NO to sanctions and war against the DPRK – and YES to peace, peaceful coexistence, mutual security and to global nuclear disarmament, beginning with the arsenals of the United States and NATO.