By Liz Rowley, leader of the Communist Party of Canada

The 19th International Meeting of Communist and Workers’ Parties (IMCWP) took place November 2-3 in St. Petersburg – formerly Leningrad. In October 1917, it was Petrograd, the cradle of the Great October Socialist Revolution in Russia.

It was a fitting location as 106 parties from countries, including the Communist Party of Canada, came together to mark the centenary of the first socialist revolution in history to survive and thrive over more than 70 years. “Great October” opened the way for new socialist revolutions to follow in this century, as the world continues its transition from capitalism to socialism in increasingly difficult, dangerous, and complicated circumstances.

Speaker after speaker noted the growth of far-right and fascist movements in countries around the world, and in particular in the US and Europe, and the election of fascists to parliaments, legislatures, and local governments on both continents. While fascist parties were not elected to government in the recent votes in France and Germany, they substantially increased their vote and grew their popular base, including among sections of the white working class, using unemployment and the growing number of immigrants and refugees as the whipping boy.

In Poland the Communist Party has been declared illegal, their leaders arrested and facing long sentences if the politically motivated charges against them are upheld in reactionary courts. In Ukraine, the fascist government has also outlawed the Communist Party and has destroyed all physical, legal, cultural and other markers of working class power. Ukraine is also the lead hand in imperialism’s new encirclement and attack on Russia through the on-going struggle over the Donetsk region. Canadian troops are stationed here, and also permanently stationed in Latvia.

All over Europe, the history, achievements and victories of socialism are being eradicated, while imperialism’s propaganda machines pump out the lies that socialism was a failure, that socialism and fascism are synonymous; that austerity, militarism, xenophobia, and war are the only way forward.

In Latin America, reaction has overturned progressive governments in Brazil, Argentina, and Ecuador, and is working hard to destroy the Bolivarian revolutions in Venezuela and Bolivia, the peace agreement and FARC in Colombia, and to overthrow socialist Cuba. While the US threatens invasion and “regime change”, so far imperialism has succeeded in its aims with political, material, and financial support for the internal opposition in these countries. Counter-revolution from within, where the corporations and the wealthy, and often the military, join hands to defeat progressive governments and re-install reactionary cliques – all with the active and material support of US imperialism.

The Trump administration is threatening war and invasion in countries around the world, with military spending that is unprecedented at $603 billion in 2017-18. At the same time Trump is amping up the attack on the US population, with massive corporate tax cuts and de-regulation which his administration hopes to offset with a protectionist trade policy and xenophobic foreign and domestic policies, attacking immigrants, refugees, undocumented workers, Indigenous and racialized peoples, women, and the LGBTQ population.

In Canada, the Trudeau government is moving to send troops to NATO hotspots around the world, to increase military spending by 75%, and to increasingly adopt US foreign policy objectives. Canada is playing a particularly vicious role in the US campaign to overthrow the Bolivarian revolution and the Maduro government in Venezuela. The Communist Party of Canada has worked hard to expose Canada’s dirty role and to force the Liberal government to end it. Similarly, we have campaigned to get Canada out of NATO, NORAD and NAFTA – agreements that are bad for Canada, and bad for the world’s peoples. 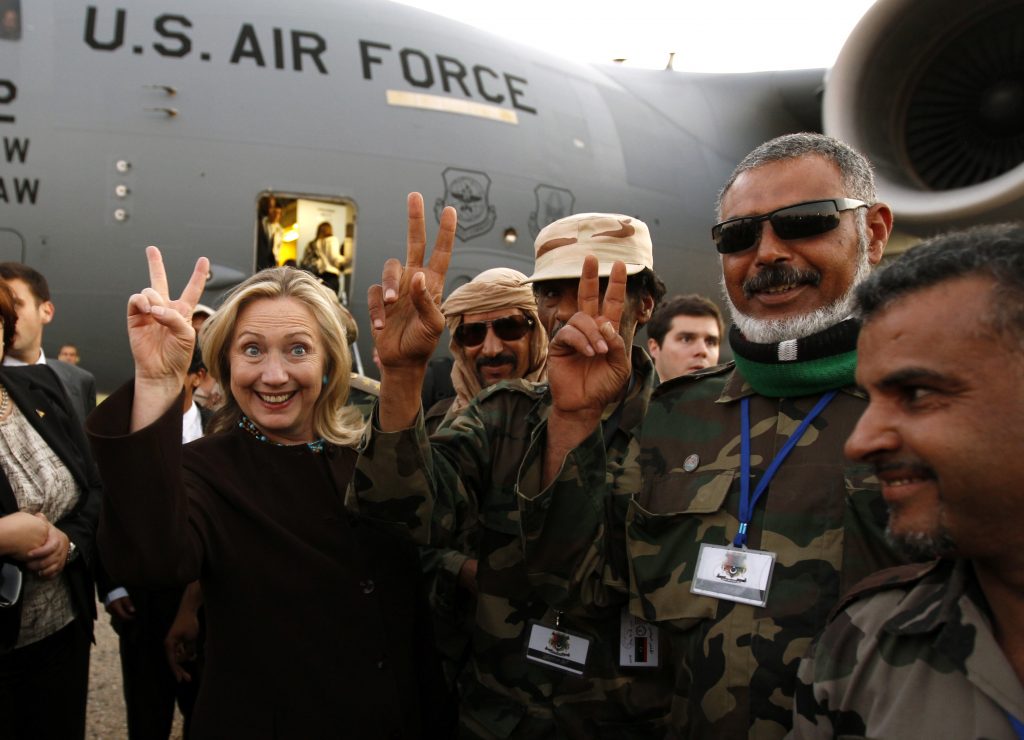 As the Belgian Communists succinctly pointed out at the IMCWP, the world is in a pre-fascist period, where imperialism is on a global offensive, using human rights as an instrument of fascization.

This includes the struggle around imperialism’s doctrine of “responsibility to protect”, and the idea that free speech, assembly, and other democratic rights are the justification to allow fascists to organize and propagate hatred. But hate crimes and incitement of hatred have nothing in common with civil and democratic rights; this is criminal activity wherever it appears, and must be opposed and exposed as fascist ideology. Likewise the “R2P” doctrine is an attempt to promote illegal wars and invasions for which there is no legal or other justification. This is the case is Afghanistan, Syria, and Venezuela, among others. 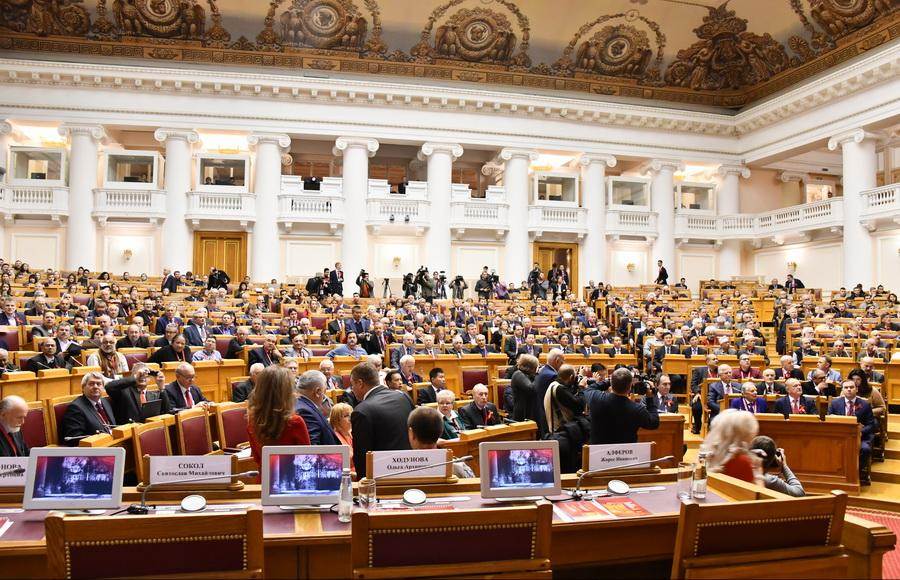 Socialism is the alternative

A sharp struggle, uniting the broadest social forces, is called for now to defeat the forces of fascism, reaction and war. But it must also be linked by the Communists, to the struggle for an alternative to the social, economic and other conditions that create the conditions for these menaces to be tolerated, even embraced by some working people. As Rosa Luxemburg said 100 years ago, the choice is socialism or barbarism. Communists must therefore focus much more on socialism as the only alternative to decaying capitalism and imperialism, without making this demand a condition of unity in the struggle.

Simultaneously, much more theoretical work needs to be done on the problems of socialist construction and the socialist economy, as well as on 74 years of Soviet power in the USSR. 21st century revolutionaries will need the benefits of this theory and experience to carry through the socialist revolutions still ahead.

While US imperialism’s dominance is waning on a global scale, and its economy is in serious trouble, China and Vietnam have both experienced significant economic growth, with China a major player in the world’s economy and politics. Five socialist states now govern 20% of the world’s population, which is why imperialism is so bent on destroying the remaining socialist countries and the ideals and example of socialism that they represent.

While imperialism’s offensive is on-going, resistance round the world is growing. Some parties have had to temporarily retreat in face of imperialism’s offensive, but they too are working to build the alliances and tactics that can move the struggle forward and put the working class and its allies in the offensive position, which is decisive and urgent everywhere. New problems, such as coming mass unemployment due to automation in the capitalist countries, and the peak environmental crisis and climate change, have forced themselves onto the agenda. Capitalism has no answers here, though these issues are looming. War and peace is also a critical issue, as the existence of the world’s peoples it threatened by a nuclear or environmental catastrophe.

In this regard, the crisis on the Korean Peninsula, in which the US, South Korean and Japanese surround the DPRK and continuously undertake simulated invasions, is the cause of the crisis. The IMCWP reaffirmed the position of the parties that the solution is political, and involves immediate withdrawal of all foreign troops, and reunification of the Korean Peninsula, free of external pressure. Universal nuclear disarmament is the only way to prevent nuclear war, whether by deliberate action or by accident.

The national question has also become a major factor in Europe, with the reprisals by the Spanish government against the Catalan people following the October 1st demonstrations for national self-determination, and the subsequent independence vote. The parties at the IMCWP reiterated their unequivocal support for the right of nations to self-determination, and their condemnation of the Spanish government’s actions before and after the vote, without expressing a view on the issue of independence. Both Spanish and Catalan governments are advocates of austerity, and neither is a friend of the working class in either nation. 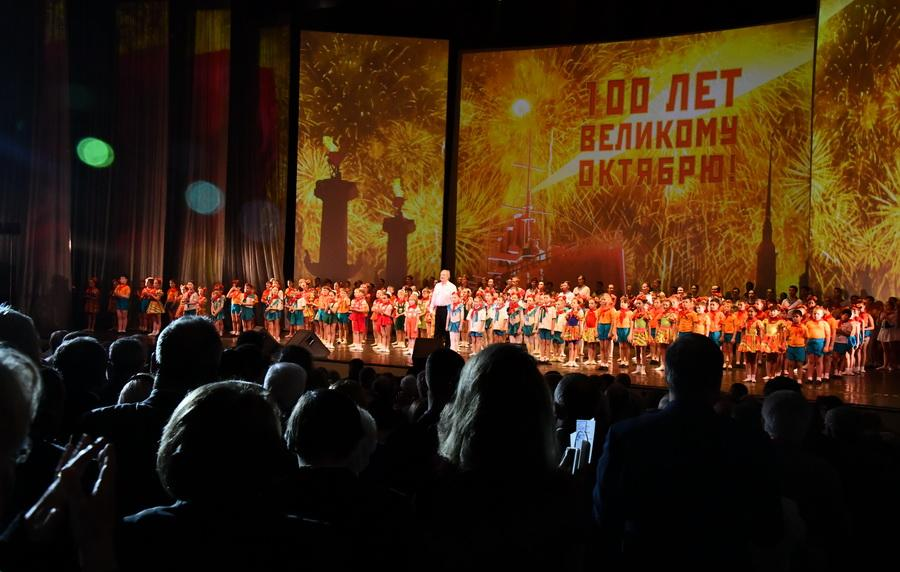 The parties passed resolutions supporting the peoples’ struggles for peace and against imperialist interference, in many countries. This included solidarity with the peoples of Latin American and Caribbean; Turkey, Cyprus, the peoples of the Middle East, North Africa, the Eastern Mediterranean, and the Balkans; and solidarity with the Catalonian people against the Spanish government’s reprisals. A final statement was also adopted unanimously by the gathering, committing the parties to common actions on May Day 2018, to mark the bi-centennial of Karl Marx’s birth with new theoretical work, to expand campaigns to popularize socialism. The statement is available on the website of the IMCWP, solidnet.org.