Throughout November, celebrations around the world will mark the centenary of the outstanding political event of the 20th century: the Great October Socialist Revolution of 1917. By overthrowing the Russian capitalists, landowners and aristocrats, the workers, peasants and soldiers of the Tsarist empire opened the door to a new society in which humanity’s dreams of peace, equality and democracy began to become reality. The storming of the Winter Palace, signalled by the guns of the Aurora cruiser, began the historical epoch of the transition towards a socialist society, based on cooperation and social justice, not the exploitation and oppression inherent in the profit-driven capitalist system.

The October Revolution was far more than a change in government. It was a fundamental social upheaval, a sharp break with thousands of years of class-divided societies. For the first time, the working class took lasting political power, shattering the myth that only the owners of wealth can rule.

Under the slogan “Peace, Land, Bread” and with the support of the overwhelming majority of the working class and poor peasants, the Bolsheviks (the Russian Social Democratic Labour Party, which the Communist Party of the Soviet Union was then called) began the long and complex effort to build a new “system of civilized cooperators,” as the great revolutionary Vladimir Lenin described the essence of socialism.

The new Soviet government immediately issued its famous “decree on peace”, taking Russia out of the imperialist slaughter by the leading capitalist countries for the re-division of wealth and colonial possession they had plundered from the world’s peoples. Land was transferred to millions of impoverished peasants, and industrial, financial and other capitalist companies were nationalized. Workers were guaranteed employment. Education and health care became universal and free. Nations oppressed under the Tsarist heel were guaranteed equality and self-determination, including the right to secession. Patriarchal laws were replaced by the full legal and social emancipation of women.

The imperialist countries, including Canada, sent armies to crush the young Soviet state while the “baby was still in its cradle”, as Winston Churchill said. Surrounded by counter-revolutionary forces and invading imperialist armies, the Soviet government and the Red Army triumphed, with the support of workers around the world acting under the slogan “Hands off Russia!” The heroic example of Soviet Russia inspired working class struggles and insurrections throughout the world, including the Winnipeg General Strike and the formation of the Communist Party of Canada in this country.

The Soviet revolution shook imperialism as never before. Yet it stood on the shoulders of more than one hundred years of working class and national liberation struggles. Millions of workers had supported the First and Second Internationals, whose goal was world peace and socialism, in sharp contrast to the imperialist strivings of the leading capitalist countries.

The Internationals were inspired by the slogan “Workers of all lands, unite!” and by revolutionaries such as Karl Marx and Friedrich Engels who declared that the working class was the agent of socialist revolution. The working class movement was steeled by persecutions, and educated by the bloody vengeance of the French and Prussian capitalists in 1871 against the Paris Commune – the world’s first working class state. When opportunist leaders of the Second International backed their own imperialist governments during the First World War, the revolutionary sections of the working class movement, including Lenin and the Bolsheviks, courageously struggled against imperialist war. Nearly fifty years after the Commune, the October Revolution gave a new impetus, content, and energy to the world revolutionary movement.

Great October holds a unique and honoured place in history, as the first socialist revolution to achieve and retain political power, withstanding both internal counter-revolution and foreign intervention. It dramatically changed world politics, breaking the hegemony of imperialism, and establishing a new and fundamentally different approach to relations between peoples, nations and states.

The October Revolution proved that socialism could become more than a utopian ideal. The working class and its allies could move beyond sporadic resistance to challenge the capitalist system as a whole, and achieve social emancipation. The exploited and oppressed, through conscious and united struggle, could shape their own destiny. It was this truth about the Russian Revolution that filled the privileged classes with a fear and hatred of socialism, from the earliest days of the Soviet state. 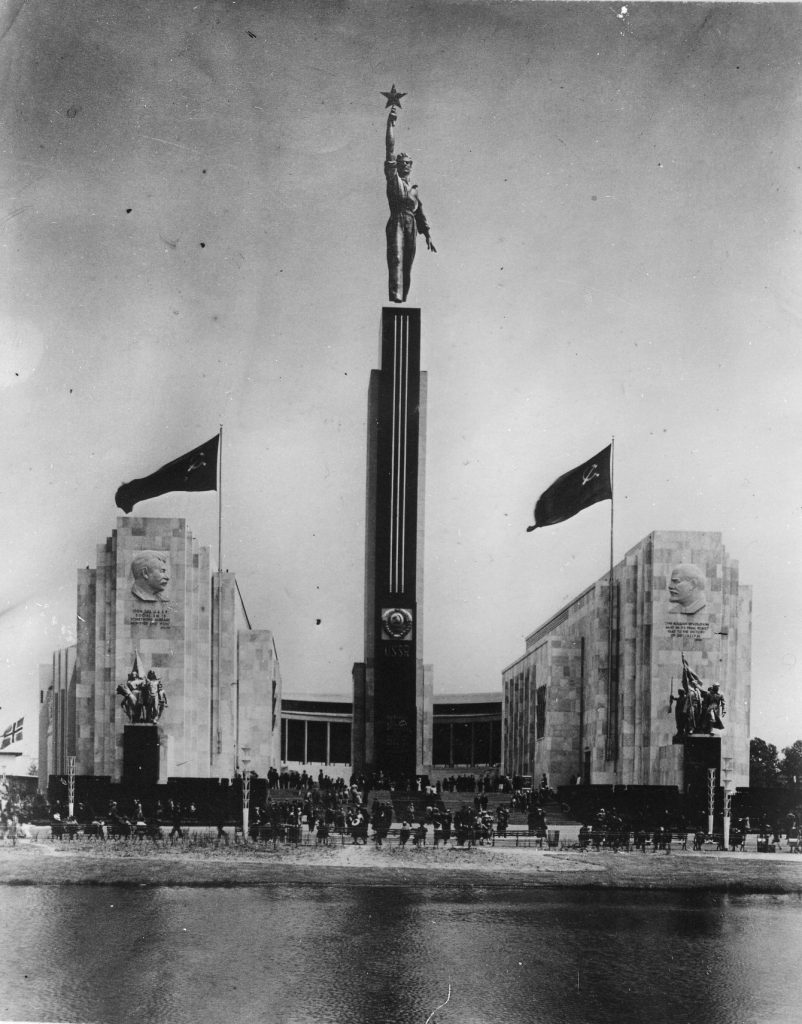 Despite unremitting imperialist hostility and subversion, the Soviet Union endured for over seven decades, scoring many great achievements, overcoming unemployment, illiteracy, and social deprivation. Socialism in the Soviet Union transformed an economically and culturally “backward” country into one of the world’s leading powers, and made great advances in culture and science.

It was the Soviet Union which led the heroic military struggle to defeat Hitler fascism on the battlefield, creating the conditions for the emergence of other socialist states in Europe. The Soviet Union championed the cause of anti-racism and decolonization, gave crucial material and political support to liberation movements, and provided vital assistance to the former colonies as they won their independence. The changing international balance of forces was a key factor in helping the peoples of China, Korea, Vietnam and Cuba to carry out their own socialist transformations. The USSR’s peace policy also restricted – though it could not entirely suppress – imperialism’s tendency to military aggression.

The gains achieved by workers under socialism inspired the working class in the advanced capitalist countries, compelling the ruling class to concede reforms around labour rights, the 40-hour work week, unemployment insurance, health care, public education, and pensions. The progress toward economic and social equality by women in the USSR was a powerful stimulus to the struggles of women in the capitalist countries for pay and employment equity, and for child care and other social programs which would weaken the patriarchal double burden of capitalist exploitation and unpaid domestic labour.

Ultimately, however, the first workers’ state was overturned and capitalism restored, due to a combination of interrelated internal and external circumstances and contradictions which culminated in the temporary victory of counter-revolution.

The defeat of socialism in the USSR became a powerful ideological weapon in the hands of monopoly capitalism. We categorically reject the bourgeois contention that the causes of the crisis and defeat of the Soviet Union were rooted in the intrinsic nature of socialism. Rather, that historic setback resulted from the extremely difficult conditions under which socialism was built, especially the destructive impact of decades of imperialist pressures and subversion, and from distortions and departures from Marxist-Leninist theory and practice.

Whatever the failures and mistakes which occurred during that first great experiment in building a new, higher form of society, these do not detract from the enduring significance of Great October. Socialism’s historical balance-sheet was overwhelmingly positive, not only for the people of the Soviet Union but indeed for all humanity. The misery and impoverishment which have befallen millions of people in the former Soviet Union and Eastern Europe since the early 1990s (especially women whose equality gains were rolled back), and the massive profiteering by those who took advantage of the restoration of capitalism, is painful evidence of what happens when counter-revolution succeeds.

Despite its so-called victory, capitalism itself remains in profound systemic crisis. The widening gap between rich and poor, the endless wars and conflicts spawned by imperialism, and the environmental crisis which threatens human civilization, all show that the private profit system, driven by personal and corporate greed, cannot meet the fundamental needs and interests of the people and the global environment.

As capitalism generates war, austerity, and catastrophic climate change, people everywhere are yearning for freedom. Struggles against imperialist globalization have grown sharper, and in many countries, the working class is mounting fierce resistance against the corporate drive for higher profits. The powerful example of Cuba’s socialist revolution continues to inspire workers, youth and oppressed peoples around the world.

Imperialism is responding with growing reaction, militarism and war. In the US, Canada, Europe, India and other regions, far-right, racist and neo-Nazi forces aim to divide and weaken the working class movement, and to roll back the equality gains achieved by trade unions, women, LGBTQ people, and immigrants. But the forces of imperialism and reaction cannot hold back the irresistible power and attraction of socialist ideas, the growth of the international working class, and the striving of the vast majority of humanity for social progress, a sustainable environment, and peace.

Not least, the Great October Socialist Revolution proved the importance of creating the “revolutionary party of a new type” – solidly grounded in the working class, and based on the ideology of Marxism-Leninism and the principles of democratic centralism. At a time when working people increasingly reject both the old-line capitalist parties and social democratic opportunism, it is more critical than ever to strengthen the revolutionary political parties which can win the working class for a genuine socialist alternative.

Nothing can erase the accomplishments of Great October. The Communist Party of Canada will celebrate Great October for its great achievements, for its historic lessons and for the unequalled inspiration it has created for the future of humanity – a socialist future!

The Communist Party of Canada is hosting a number of events across the country in honour of the centenary of the Great October Socialist Revolution.