October 17 is the International Day for the Eradication of Poverty. Despite claims that economic progress has lifted huge number of people world-wide above the poverty line, the World Bank estimated that in 2015, 705 million people were living on $1.90US per day or less.

Here in Canada, nearly five million people – one out of every seven individuals – currently live in poverty. Vulnerable groups such as people living with disabilities, single parents, elderly individuals, youth, and racialized communities are more susceptible.

Here are some facts and statistics about the current reality of poverty, taken from the website of Canada Without Poverty (formerly the National Anti-Poverty Organization), www.cwp-csp.ca/poverty/just-the-facts/.

Precarious employment has increased by nearly 50% over the past two decades. Between 1980 and 2005, the average earnings among the least wealthy Canadians fell by 20%.

Estimates place the number of homeless individuals living with a disability or mental illness as high as 45% of the overall homeless population.

Indigenous Peoples (including First Nations, Métis, and Inuit peoples) are over-represented among the homeless population in virtually all urban centres. Among shelter users, 28%-34% are Indigenous.

Nearly 15% of elderly single individuals live in poverty. Nearly 2 million seniors receive the Guaranteed Income Supplement, and live on about $17,000 per year. This is below the most basic standard of living in Canada, calculated at $18,000 per year for a single person

Children and youth under 18 are particularly vulnerable. About 1.3 million children in Canada live in conditions of poverty (that’s 1 in 5). Half of Status First Nations children live in poverty.

When food banks emerged during the recession of the early 1980s, people were shocked to see photos of children in the line-ups. Today, more than one-third of food bank users across Canada are children. Food bank usage is 3% higher than 2015 and 28% higher than it was in 2008.

Four million people in Canada experience food insecurity, and 1 in 8 households struggle to put food on the table. In 2014, the majority of food insecure households – 62.2% – were reliant on wages or salary from employment. Eight out of ten provinces saw an increase in food bank usage in 2016. 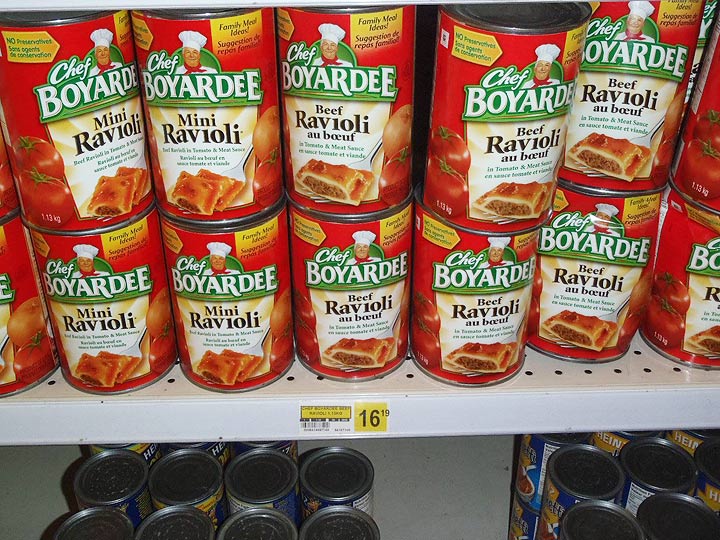 The health effects of poverty are wide-ranging and can be difficult to see from the outside.

One in ten Canadians cannot afford to fill their medical prescriptions. Canada is the only industrialized country with a universal healthcare system but without a national pharmacare policy.

Homelessness is the most obvious expression of poverty’s effect on housing, but not the only one. Over the past 25 years, Canada’s population has increased by 30% and yet annual national investment in housing has decreased by 46%.

Three million Canadian households are precariously housed (living in unaffordable, below standards, and/or overcrowded housing conditions). An estimated 235,000 people experienced homelessness in 2016, with roughly 35,000 people being homeless on any given night.

Almost 1 in every 5 households experience serious housing affordability issues (spending over 50% of their low income on rent) which puts them at risk of homelessness. Estimates place the number of homeless individuals living with a disability or mental illness as high as 45% of the overall homeless population.

Youth aged 16-24 make up about 20% of the homeless population. But the number of older adults and seniors experiencing homelessness is rising, making up a combined 4% of shelters users in 2016.

In Toronto, 5,219 people were homeless in 2013. Roughly half of these people were on wait lists for affordable housing during the same period.

According to new research, spending $10 on housing and support for high-need chronically homeless individuals resulted in almost $22 of savings related to health care, social supports, housing, and the justice system.