Since 1998 when Hugo Chavez was first democratically elected by a landslide, the Venezuelan opposition has tried to remove his government from office. After many elections and referendums, the opposition has continued to lose since the majority of Venezuelans keep supporting Hugo Chavez’ party. After the death of Hugo Chavez another election was held and Nicolas Maduro became the democratically elected president. Since the opposition cannot win political power through elections they have resorted to terrorist methods in trying to oust first Hugo Chavez and now Nicolas Maduro.

In 2002 the opposition attempted a coup by kidnapping President Chavez. After 72 hours they had to release him since tens of thousands of citizens took to the streets demanding that their president be returned. After that the opposition organized a lockout of the oil industry. Workers were not able to get to their jobs and the vital Venezuelan petroleum industry came to a standstill for over 60 days. This amounted in the loss of tens of millions of dollars from the Venezuelan economy. Since these tactics didn’t make the government fall the opposition resorted to even more extreme measures. Political leaders and government workers have been assassinated; roads have been blocked to paralyze the country and restrict people’s movements; molotov cocktails have been thrown; automobiles, schools, hospitals and other government buildings have been set on fire; grocery stores have been looted; people have been shot at and set on fire; rocks have been thrown; people have been intimidated and threatened not to take part in elections and so on. These terrorist tactics are not accepted by any government; no country or people can benefit from such activities.

Numerous leaders of the opposition have been fully implicated in organizing and supporting these terrorist activities. Their public statements encouraging more violence and destructive action gives plenty of proof of this. While committing these crimes they come out to the international community and state that they are peaceful and democratic while blaming the Maduro government for the repression, violence and mismanaging of the economy. Committing such crimes and stating numerous lies the opposition blatantly calls for regime change, external interference and sanctions.

It seems that the Canadian government, regarding the situation in Venezuela, has taken and joined the side of the outlaws, criminals and terrorists; at the same time taking orders from the US by imposing sanctions against the Maduro government, attempting to cause a regime change and impose an extremist undemocratic government.

This is what a double standard looks like. Canada while – having great relations with governments such as the US, Israel, Egypt, Saudi Arabia, Myanmar, etc. that constantly abuse human rights, do not respect democracy and rip freedom from their citizenry – at the same time is calling for a regime change in Venezuela. How shameful is that? As the old saying goes: “You can fool some of the people some of the time, but you can’t fool all of the people all of the time.” 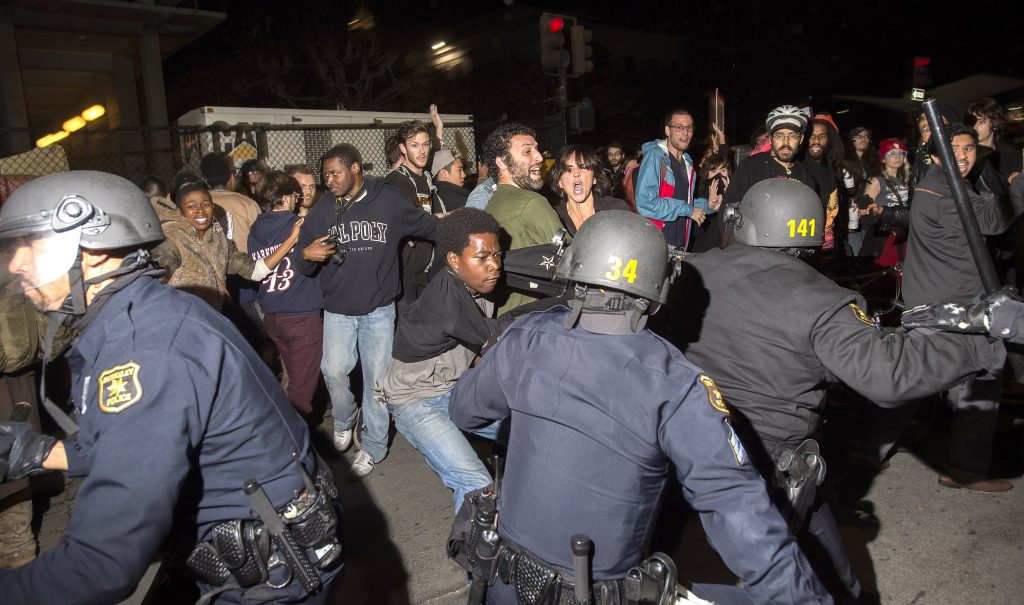 Why not impose sanctions on the US? They have invaded more countries than any others. They have starved and murdered millions in doing so. US cops are killing their own innocent black people by the hundreds with impunity. How about Israel? They have broken more UN resolutions than any other country by illegally occupying Palestinian Territories, building illegal settlements, imposing an illegal blockade, building an illegal wall, setting up illegal check points, illegally demolishing Palestinian villages and so on. Why not raise a complaint against those horrendous human rights abuses? Or maybe best of all why not look at our own selves. How have we treated and continue to treat our original people? The indigenous people of Canada are the poorest, the most unemployed and the last to receive any justice if at all. Why is the Maduro government such an evil government when it has reduced poverty and unemployment, given healthcare, education and housing to its poorest citizens? The statistics are all there if the Canadian government cares enough to honestly open its eyes to see them.

This picture of Canada mimicking the US by taking the side of Venezuelan terrorists opposing a democratically elected government has everything wrong with it. If Canada wants to stand for freedom and democracy then let us start in our own house and show an example. Meddling in the internal affairs of Venezuela – where in the last 19 years since Hugo Chavez was democratically elected and continuing with Nicolas Maduro the overwhelming majority of Venezuelans are better off today than ever before – is the wrong thing to do. The people of Venezuela and Canada do not need the Canadian government to mimic the US by imposing sanctions and supporting a terrorist opposition. We have seen what happened in Afghanistan, Iraq, Libya and Syria. Imperial external forces only brought more suffering and destruction to these countries. Is this what Canada wants to see in Venezuela? Whatever happened to the so called engagement, diplomacy and noninterference that Canada was so keen in espousing for in the past?

We, the Victoria Friends of Cuba, demand that the Canadian government: