In 2017, Pride events across Canada take place in a much different context than one short year ago. The election of Donald Trump has encouraged fascists and other reactionaries to emerge from their dark corners and to openly promote hatred in the form of homophobia and transphobia, as well as Islamophobia, racism, misogyny and sexism – all of which are intended to roll-back the hard-won rights of oppressed peoples, including the LGBTQ2SIA community. Signs of this appeared last summer, when the shootings at the Pulse gay club in Florida seemed to galvanize the Pride season, and focused attention on the backlash against the gains made by the LGBTQ2SIA  movement in the USA, where reactionary forces have been resisting the extension of civil rights for LGBTQ2SIA people, and actively attempting to roll-back rights already won. In this context, it is necessary to remember that Pride is not only a celebration of the rainbow community, but also a reminder that our gains are the result of a political defense of our community and a political struggle for our rights.

In that spirit, we salute the actions and spirit of Black Lives Matter, and in particular their action during Toronto Pride 2016, which reminded everyone that the commercialization of Pride, the role of corporations, and the institutional presence of police had whitewashed the ongoing marginalization and oppression, even within the rainbow community, of Black LGBTQ2SIA people, other LGBTQ2SIA people of colour, of Indigenous Two-Spirit people, and of LGBTQ2SIA people who suffer from income insecurity and poverty. Black Lives Matter reminded us that Pride was born in activism and struggle. However, that action also elicited a backlash from the corporate media and in some quarters of the LGBTQ2SIA community who wish to deny or dismiss the experience of racism, sexism and misogyny, transphobia, poverty and exploitation, and Islamophobia in our very own community. The reality is that the commercialization of Pride, and the institutional participation of uniformed police, have made Pride less, not more inclusive.

The social and political climate for Pride in 2017 is one of growing polarization based on class, social position and identity. This is reflected in election of Andrew Scheer as leader of the Conservative Party; Scheer represents the continuity of Harperite homophobia and transphobia, racism, sexism, and Islamophobia. Unfortunately, the Trudeau Liberals talk a feminist and pro-LGBTQ2SIA position, but have done little or nothing to actually improve the lives of most in our community. After decades of struggle led by trans activists and communities, Bill C-16 was just passed, which updates the Canadian Human Rights Act and the Criminal Code to include the terms ‘gender identity’ and ‘gender expression.” It would also extend hate speech laws to include the two terms. Criminal laws now need to be updated to make it a hate crime when someone is targeted because of their gender identity or gender expression, meaning judges would have to consider it as an aggravating factor in deciding what sentence to impose.

On the other hand, the Trudeau Liberal government continues to pursue a corporate-driven austerity agenda, most recently with the announcement that it will increase military spending by 70 percent over the next ten years. This, and the continuing refusal to make corporations and the rich pay their share of taxes, means that working class and poor Canadians will face increasing exploitation and oppression, including attacks on labour, civil and democratic rights such as the security state laws (Bill C-51), introduced by previous Liberal and Tory governments. In fact, the Liberals are a party of big business and continue to follow policies (from pipeline expansion to military spending) that negatively impact LGBTQ2SIA people, women, Indigenous peoples, and racialized groups, and undercut equality gains. Similar austerity measures are on the table in every province and territory. 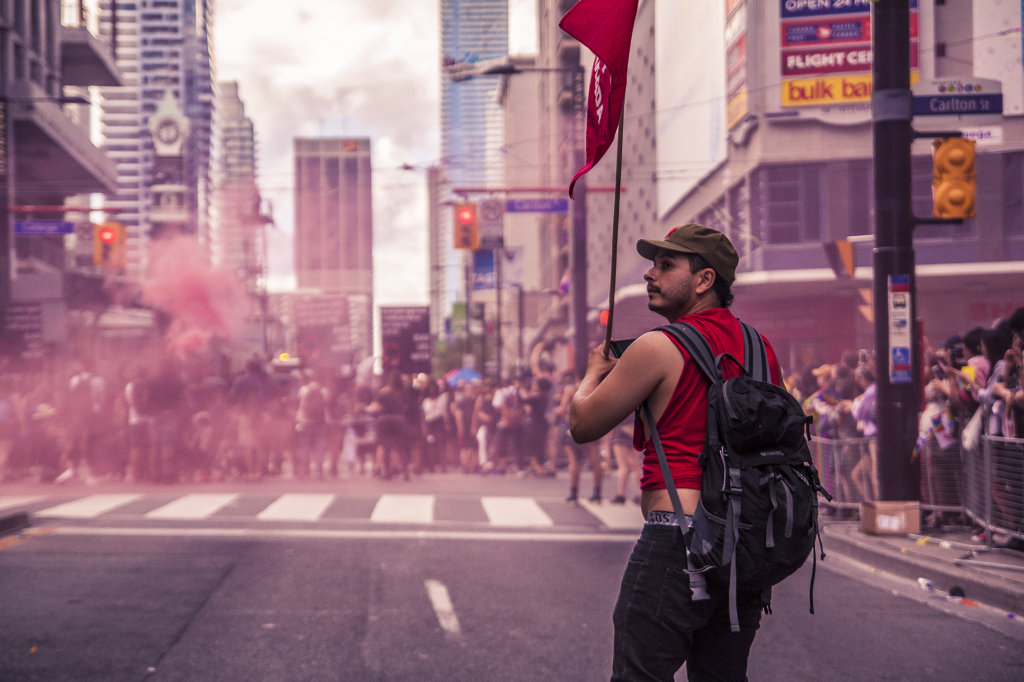 LGBTQ2SIA youth are particularly affected by persistent and resurgent homophobia and transphobia combined with austerity measures, precarious employment, unemployment and growing barriers to education. This is demonstrated by the fact that as many as 25-40% of Canada’s homeless youth are LGBTQ2SIA identified.

The world is becoming an increasingly dangerous place; for the LGBTQ2SIA community, the urgent imperative of the day is to unite against a corporate agenda that has increasingly fascist overtones. Homophobia, transphobia, and other forms of hate only serve to divide people and to undermine resistance to the corporate agenda of “trade deals,” raw materials extraction and exports, and militarism.

We believe that “an injury to one is an injury to all.” Adopting full legal and political protections for sexual orientation and gender expression, and gender identity, and respect for the bodily diversity of intersex people, is urgently needed to strengthen working class unity. This unity is a vital element of the broad labour, democratic and social movement to put people’s needs before corporate greed, austerity and war. Our LGBTQ2SIA community must be a key player in efforts to build a “People’s Coalition” of labour, Indigenous peoples, youth and students, women, seniors, farmers, immigrant and racialized communities, environmentalists, peace activists and many other allies. 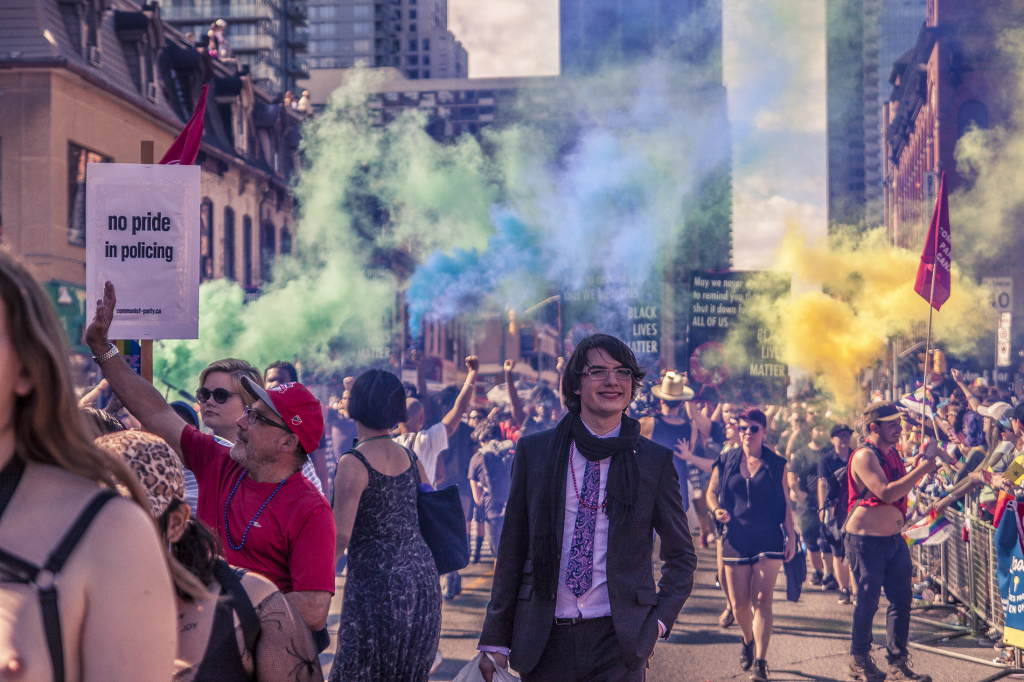 Mass resistance in our communities and workplaces, in the streets and at the ballot box, can defeat the parties of big business and open the door to a “people not profits” government. The goal of the Communist Party is to win genuine people’s power in a socialist Canada, where our economy and resources will be socially owned and democratically controlled. Homophobia and transphobia seek to entrench the heterosexual, patriarchal family, which is necessary for capitalism to police and maintain the gendered division of labour, and increase the rate of profits. The historic advance to socialism will make it possible to eradicate the interweaving forms of exploitation and oppression which threaten our world today. We urge you to join the Communist Party and the Young Communist League to achieve a liberated society in which, as Karl Marx said, “the freedom of each is the condition for the freedom of all.”

The Communist Party and the Young Communist League fight to: