During last year’s election, the Trudeau Liberals promised to table legislative revisions to Bill C-51 in Parliament and then conduct an extensive public consultation. One year later, the Liberals have reversed the process.

This minor political maneuver is hardly the first instance of the Liberals dancing around Bill C-51. When the massive omnibus bill was released in 2015 (significantly amending over five separate Acts of Parliament) they endorsed it before even reading the text. ‘Elect us, and we will make it better,’ was the promise.

Canadians, however, did not think the bill could be improved or revised. Several days of protest were held in over fifty cities across the country, demanding C-51 be scrapped. Labour and people’s movements recognized they were facing the most serious assault on democratic rights, labour rights, and civil liberties in recent times.

Last month, at the House Standing Committee on Public Safety’s hearings on Bill C-51 in Montreal, the testimony was overwhelmingly opposed to the Bill. For example, after outlining his family’s long involvement in the armed forces and RCMP, William Ray, a ten-year decorated veteran, called for the Bill “to be revoked in toto.”

“I would remind you all that the darkest periods in the history of our nation have occurred when we have traded the liberty of our citizens for what we perceived to be our security,” Ray added. “There is no need for this bill. … The RCMP does not have a good history with this sort of thing. We threw them out of the national security business for a good reason, most of which happened here in Quebec. I know their history very well, because part of it is my family history.”

During the testimony of Adrien Welsh, an activist with the Young Communist League, committee chair Rob Oliphant (Liberal MP for Don Valley West) interrupted the young militant, who was speaking French, and asked him to talk more slowly for translation. Unsettling the Chair, Welsh pointed out that Oliphant was already conducting proceedings in English very rapidly and speakers were allowed just three minutes to address the committee. The hearing was conducted in the Picasso ball room at the luxury Sofitel Hotel, in Montreal’s Golden Mile neighbourhood. 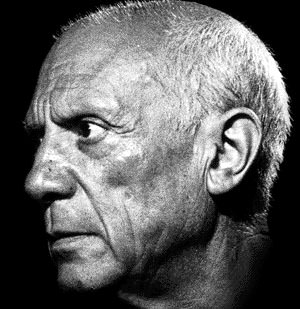 “Members of the committee, members of the public, and witnesses,” said Welsh, “I would like to start by invoking the memory of Pablo Picasso, in whose honour the room where we are meeting this evening is named. Pablo Picasso was a communist.

“My name is Adrien Walsh and I am an organizer with the Ligue de la jeunesse communiste du Québec. As such, I am persuaded that my late comrade would be as offended as I am today. He would be offended by the fact that in a room bearing his name, we have to show identification to participate in a so-called public consultation, and, to testify, members of the public have to run an obstacle course, starting with finding out the place and date of the meeting, and ending with the conclusion of these remarks, unfortunately limited to three minutes, while others enjoy all the flexibility of the committee. It would seem appropriate, in a room bearing the name of Picasso, that people are spouting words like `democracy’, at the same time as they are trying to adjust the provisions of a bill that is worthy of the regimes that caused the atrocities which prompted that artist to produce Guernica.

“I want to say clearly that I am fundamentally opposed to Bill C-51, which became the Anti-terrorism Act. No adjustment to make it more acceptable is possible. It must be immediately rejected and repealed, just as the Canadian Security Intelligence Service, CSIS, must be.

“The real danger comes not from these young and not-so-young people who are supposedly being radicalized – in fact, I would like someone to explain to me what that concept refers to – but rather from the radicalization of a government that is constantly more liberticidal and that, by creating a climate of hostility, would arm the enemies of freedom and democracy, whoever they may be.

“In fact, this is the spiral in which France has been engaged in recent months. This is how, in that country, that is the supposed homeland of human rights and liberty, eight-year-old children have been placed in detention, arbitrarily, teachers have been turned into informers, and demonstrations have been brutally repressed.

“In fact, that climate of fear is very effective for neutralizing people who propose social change as a long-term solution. That climate of hostility is also very practical when it comes to justifying wars on terrorism, in Syria or elsewhere.

“So I will conclude by coming back to Picasso, who did not simply paint Les Demoiselles d’Avignon. He also painted doves for peace, and took part in the 1962 world congress of peace activists, the target of a bomb attack perpetrated not by foreign terrorists, but by `good Frenchmen’ who were denying the Algerians peace during that period.

“Today, if our objective were truly to prevent any threat of radicalization, we would not be discussing Bill C-51 or so-called national security; rather, we would be planning the withdrawal of the Canadian troops in Syria and everywhere else outside our country. We would be discussing the steps to take so that the people of this country, whether they are Quebecers or Indigenous people, and of whatever religion, whether Muslim or Christian, would be represented by a government that reflects their values and not those of the corporations. Thank you.”

QUEBEC NATIONAL DAY: FOR A COMBATIVE ALLIANCE AGAINST LEGAULT AND THE BIG MONOPOLIES!

Bill 21: Defending Discrimination and Oppression in the Name of Secularism