President Nicolás Maduro spoke July 25 at ceremonies honouring Venezuelan socialist leader Jorge Rodríguez, assassinated by government forces 40  years earlier. As shown by a story featured on websites of the Venezuelan and Colombian Communist parties, Maduro held up a copy of the Venezuelan Communists’ Tribuna Popular (Popular Tribune) newspaper and gave voice to its banner headline “Resist and Advance.” That’s the “slogan of the moment,” he pronounced. Reading from the newspaper, Maduro praised the words of Oscar Figuera, secretary general of the Venezuelan Communist Party. An article on Figuera’s views carries the title: “For Revolutionary Solutions to the crisis.” (Por salidas revolucionarias a la crisis). [Marxism-Leninism Today]

The powerful, dynamic unions of the CIO established the highest standards for health care in the country lifting up the rest of the nation as they set the floor.

Several decades later, after the rest of the industrialized world moved to universal health care systems, the collective bargaining power of US unions is no longer sufficient to advance and protect health care benefits. Profiteers have rigged the system. For-profit insurers and pharmaceuticals are holding our health care, our collective bargaining, and our democracy hostage. [Marxism-Leninism Today]

Fidel looks back on 90 years of life

On the occasion of the celebration of his 90th birthday on August 13, an event celebrated throughout the world, Fidel shared some thoughts with readers of the Granma newspaper:

I believe that a lack of education is the greatest harm that can be done.

Humankind today faces the greatest risk of its history. Specialists in these areas can do the most for the inhabitants of this planet, whose number rose, from one billion at the end of 1800, to seven billion at the beginning of 2016. How many will our planet have within a few years?

The brightest scientists, who now number several thousand, are those who can answer this question and many others of great consequence. [Granma]

Rob Gowland at the Guardian, a publication of the Communist Party of Australia, writes:

DW Griffith’s 1915 classic The Birth of a Nation proved conclusively that the dramatic arts had a new and powerfully expressive medium in which to operate. Its bigoted, racist version of the causes and effects of the American Civil War also showed what a powerful propaganda weapon cinema could be.

The extraordinary ability of the “moving picture” to present fiction as though it were reality was early recognised by people involved in making films as a business. [The Guardian] 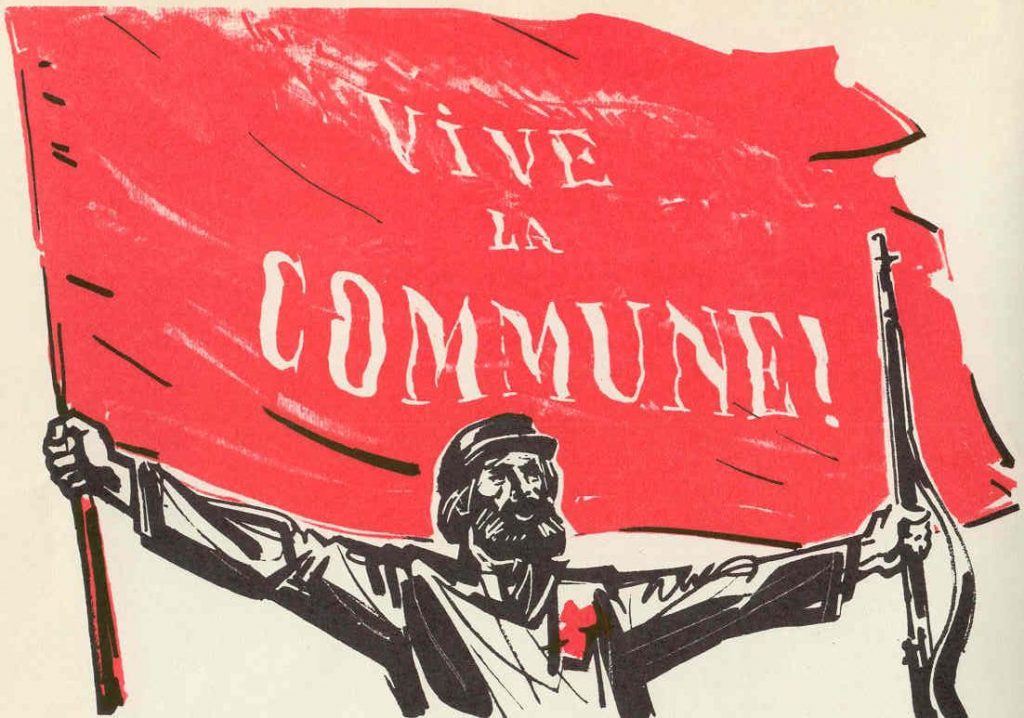 Glen Truax reviews Kristin Ross’ Communal Luxury, a new Verso Books offering that explores the connections between the Paris Commune and our time and finds it wanting:

Communal Luxury deals with the legacy of the Paris Commune, an event that appears to now eclipse the original French Revolution as the launching point for modernity. There is no shortage of material on the Commune, but it is an interesting change of the seasons when a volume claims to deal with the legacy (rather than the history) of the Paris Commune, and particularly what those brief desperate months mean to modern activists. It’s a pity that this volume fails do so. [Better Read Than Dead]