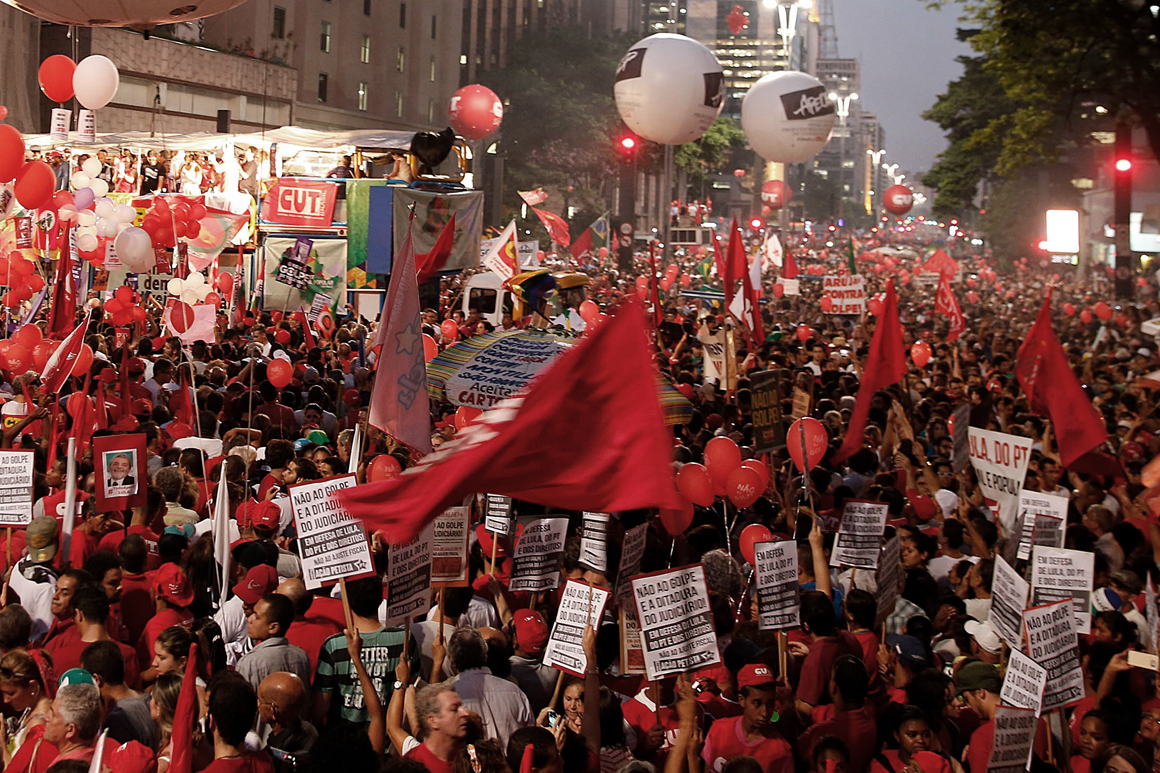 Meeting in Sao Paulo on May 3, the Central dos Trabalhadores e Trabalhadoras do Brasil (CTB) labour federation analyzed the political situation in the country as “particularly dangerous for workers.”

A statement from the CTB says that “there is currently a coup d ‘état underway in the country, concealed by an impeachment process without any legal basis”, which constitutes a serious threat to democracy, national sovereignty, labour laws, and the achievements of the working class.

The CTB points out that “the putschist conspiracy” was evident in the 2013 and 2014 demonstrations under the slogan “The World Cup Won’t Happen”, manipulated to create an environment of social chaos and to destabilize Dilma Rousseff’s government. The offensive was redoubled after Rousseff’s re-election, leading to the current impeachment process.

“A more comprehensive analysis suggests that it is not a movement restricted to our country,” says the CTB, “but a much more extensive conservative wave, that has as a background the economic and geopolitical crisis of capitalism and international imperialism hegemonized by the US. Recent electoral setbacks for the democratic forces in Argentina, Venezuela and Bolivia, as well as coups in Honduras (2009) and Paraguay (2012), are events that are part of the same phenomenon.”

In these and other countries, says the statement, the local capitalists and landowners have united with the international financial aristocracy, captained by US imperialism.

“Those are the same social classes who were behind the military coup of 1964,” says the CTB. The federation warns that the “bridge to the future” advocated by the impeachment forces aims to dismantle progressive labour laws, and to establish “primacy of the market over the law,” by imposing “unrestricted and widespread outsourcing of the economy”. The right-wing leaders are calling for “tough fiscal adjustment” and reduction of the already scarce resources for health, education and social programs; a lower minimum wage; reduction of social security benefits; and other neoliberal measures supported by the National Confederation of Agriculture, the National Confederation of Industry, and hundreds of business groups.

Foreign capital, especially from the US, says the CTB, would be rewarded by sweeping privatization measures (including Petrobras), and a shift away from Latin American and Caribbean integration, effectively sabotaging MERCOSUR, the CELAC (Community of Latin American and Caribbean States) and the BRICS. “Therefore, the coup goes along with the US strategy to recompose its imperialist hegemony in the Americas and around the world.”

The statement urges full mobilization in defense of democracy, national sovereignty and social rights, in particular to involve trade unions and grassroots committees for the country-wide day of action on May 10 organized by the Brazilian Popular Front and People Without Fear Front.