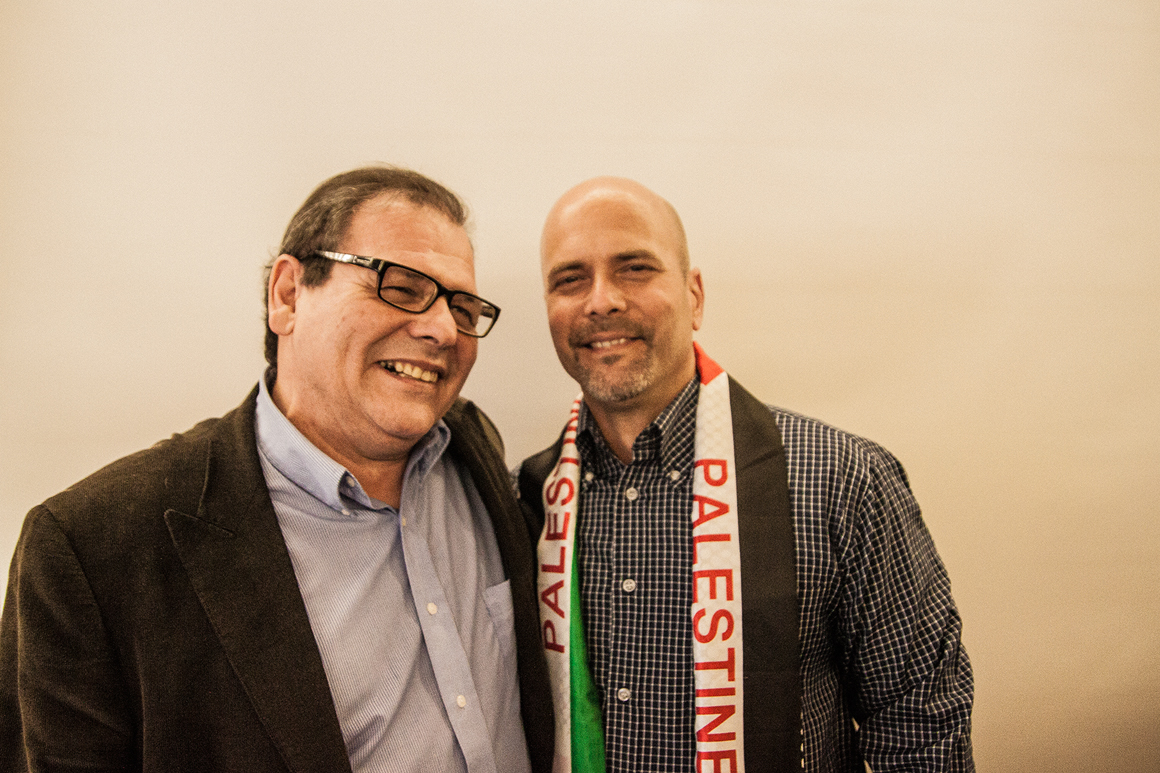 Text of greeting delivered by Miguel Figueroa, on behalf of the Communist Party of Canada, at an April 3 public meeting in Toronto to welcome Gerardo Hernández, one of the Cuban Five heroes. The event was held at the Steelworkers Hall, with over 250 people attending. Gerardo was also welcomed at events in Quebec and British Columbia.

Good afternoon everyone. On behalf of the Communist Party of Canada, its Central Committee and Cuba Bureau, we join in welcoming compañero Gerardo to Toronto and wish him a most successful and enjoyable visit to our country. We have waiting a very long time for this day – and not waiting in a passive sense, but rather working very hard to see this day. And now you are finally here!

This moment is sweeter than any of us could have imagined. In September 2012, the Friends of the Cuban Five and other organizations collaborated to organize a Peoples’ Tribunal & Assembly on the case. Several prominent Cuban and other international guests participated.

I would like to share with you a few lines from the Tribunal’s final declaration: “Despite all of the obstacles prolonging the injustice against the Cuban Five, we are not discouraged. We remain steadfast in our knowledge of the rightness of this cause, convinced that truth and justice will ultimately triumph. We draw strength from the victories – large and small, and are renewed by every solidarity initiative which helps spread awareness and build support for this struggle. Most of all, we are inspired by the Cuban Five themselves, by the remarkable courage and grace they have maintained through all they have endured over their long period of incarceration. We leave this Tribunal with a renewed sense of urgency, to broaden and deepen our solidarity. We will not be deterred. We will never give up this just fight.”

It has been more than 15 months since the last of the Cuban heroes were liberated from their long ordeal, but this victory is still fresh in our minds. We acknowledge and thank all those thousands upon thousands across Canada who helped – by joining local committees, coming out to public rallies, walking on picket lines, writing letters and passing resolutions. Here in Toronto, we should especially thank three activists – three remarkable women – for all their work on behalf of the Five: they are in no particular order because they all worked incredibly hard for many years – Heide Trampus, Lisa Makarchuk, and Elizabeth Hill.

Together, across Canada and around the world, we helped the Cuban government and people to secure this victory, and to force U.S. imperialism to finally abandon its vicious, unjust and immoral efforts to strangle the Cuban Revolution and the principles for which it stands. More work remains however – to end the blockade completely, and to repatriate Guantanamo to the Cuban people, but we are confident that these triumphs will come as well.