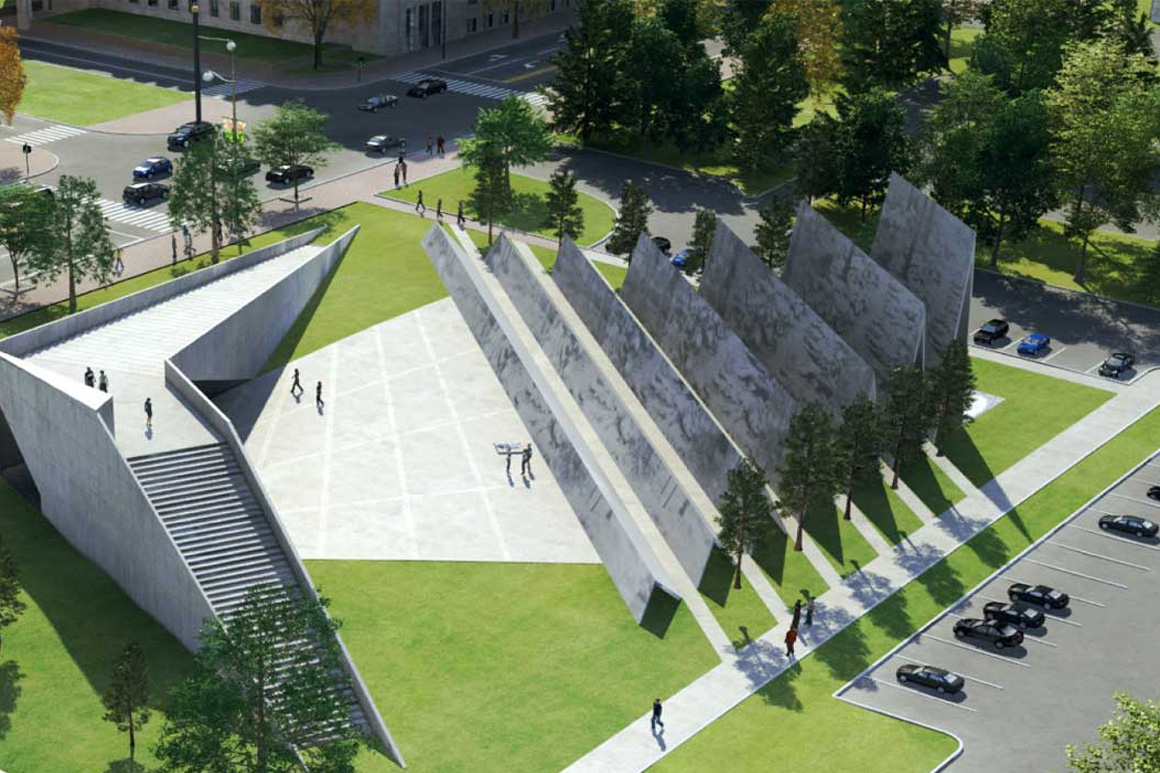 The following letter from Communist Party leader Miguel Figueroa was sent on December 18 to the new Minister of Canadian Heritage Mélanie Joly:

On behalf of the Central Committee of the Communist Party of Canada, I am writing to convey our view with regard to the proposed “Memorial to the Victims of Communism” to be located in the National Capital Region, and to strongly urge your Ministry to deny final approval and withdraw government financial support for this controversial project.

We note your announcement yesterday to refer the proposal back to the National Capital Commission (NCC) for further consideration. In our view however, the current project is far too politically tainted to serve any socially useful purpose in a balanced and historically accurate manner. For this reason, we feel that this particular project should be rejected on principle.

Our Party was among the very first to express its vehement opposition to this highly partisan project when the proposal first went before the National Capital Commission (NCC) for consideration in 2009. In a letter to Russell Mills, Chair of the Board of Directors, National Capital Commission on October 1, 2009, we noted that the proposed monument would besmirch and slander the history of our Party in Canada, and “constitute an unjust attack on the pride Canadian Communists feel for our pioneering contributions to Canada since 1921, such as fighting against fascism, organizing industrial workers into unions, initiating the movements to win Unemployment Insurance, public healthcare and other social programs, campaigning for peace and disarmament, fighting for the full national rights of Aboriginal peoples and Quebec, and in defending Canada’s sovereignty.”

In that letter, we added:

“This proposal smacks of the type of vicious anti-communism which plagued our country (among others) during much of the latter half of the last century. [T]hat sordid period of our history was marked by crude, unsubstantiated and unjust slanders and attacks on progressive-minded Canadians, and resulted in a wave of mass hysteria and witch-hunts, social ostracism, and great hardships, including imprisonment, for many of its victims. Most importantly, it had a ferocious ‘chilling effect’ on public discourse and sharply curtailed the freedom of expression and associated democratic rights of all Canadians. McCarthyism was ultimately relegated to the dustbin of history, and that is where it should remain.”

As you are well aware, this “memorial” was not only welcomed by the previous government; it was aggressively championed by former PM Stephen Harper and senior members of his Cabinet for blatantly partisan and self-serving reasons. And when private fundraising for the project fell far short, the former Government offered substantial monetary assistance from the public treasury to finance its construction.

The justification for this “memorial” has been based on highly questionable historical claims. The authors of the proposal have stated for instance that the monument would “honour the 100 million lives lost under Communist regimes”. This is a monstrous lie, as demonstrated in numerous objective historical studies. The 20 million Soviet citizens who perished during World War II, for example, died at the hands of the Nazi invasion, and in defending their national sovereignty, not at the hands of ‘Communist regimes’. This is a crude attempt to turn history on its head.

But the political implications of this proposal go far beyond its tainted history; it would have international consequences as well, and be widely perceived as a retrograde step contributing to attempts elsewhere to whip up a renewed atmosphere of anti-communism. In Europe, for instance, anti-democratic attacks have been launched by governments against Communist parties and affiliated organizations in several countries, including the Czech Republic, Hungary, Latvia, Ukraine, Estonia, Greece and elsewhere, without any legal or justifiable basis. The true underlying goal of this campaign is intended to intimidate and isolate progressive parties and movements, and to limit the free expression of ideas.

We would further note that the name for this monument also defames the many accomplishments of communist parties which have formed governments, in countries such as the People’s Republic of China, Cuba, and Vietnam, or taken part in governments, including South Africa, India, Venezuela, Brazil, Chile, etc.

We therefore urge you to withdraw all federal support from this controversial project, and prevent this manifestation of anti-communism from becoming a permanent, shameful blot on the capital city, and on Canada as a whole.

Put the telecoms under public ownership